On 23 February, the inauguration of the photography and video exhibition entitled “Olha e Vê. Sente e Vive” and “Outros Retratos e Auto-retratos” (in English “Look and See. Sense and Live” and “Other Portraits and Self-Portraits”) took place at Mira Forum. It was promoted under the project SCREEN-DR of INESC TEC’s Centre for Biomedical Engineering Research (C-BER).

On 23 February, the inauguration of the photography and video exhibition entitled “Olha e Vê. Sente e Vive” and “Outros Retratos e Auto-retratos” (in English “Look and See. Sense and Live” and “Other Portraits and Self-Portraits”) took place at Mira Forum. It was promoted under the project SCREEN-DR of INESC TEC’s Centre for Biomedical Engineering Research (C-BER).

The initiative combines informative elements about SCREEN-DR, namely retina photographies with a photographic project materialised in a number of photographies and videos. A number of portraits of the collaborators that were involved in the project and another one of self-portraits from images of the ocular fundus of the artist itself, as well as a video with portraits made during the collection of retinographies were considered.

SCREEN-DR, which is a project coordinated by INESC TEC, aims to develop a computational platform for screening and diagnosis of the diabetic retinopathy, by using artificial intelligence and computer vision technologies, which will make the screening process more efficient and will help the ophthalmologists in the decision making process.

Mira Fórum, a space dedicated essentially to contemporary art, exhibits this exposition until March 16, bringing a scientific research project, which would more easily stay between walls, out of its comfort zone, as explained by the responsible of the space, Manuela Monteiro. The exhibition programme also has several conferences on the vision, look and image themes, from the artistic, medical and technological point of view:

- March 9 at 4:00 pm, “A cegueira como forma de visão na poesia e fotografia” (in English “Blindness as a form of vision in poetry and photography) by Renato Roque; and “Pode a arte dar a ver” (in English “Can the art make you see?") by António Gonçalves and “A imagem médica. Abordagem histórica” (in English “The medical image. An historical approach”) by Manuel Valente Alves.

The entry is free of charge. 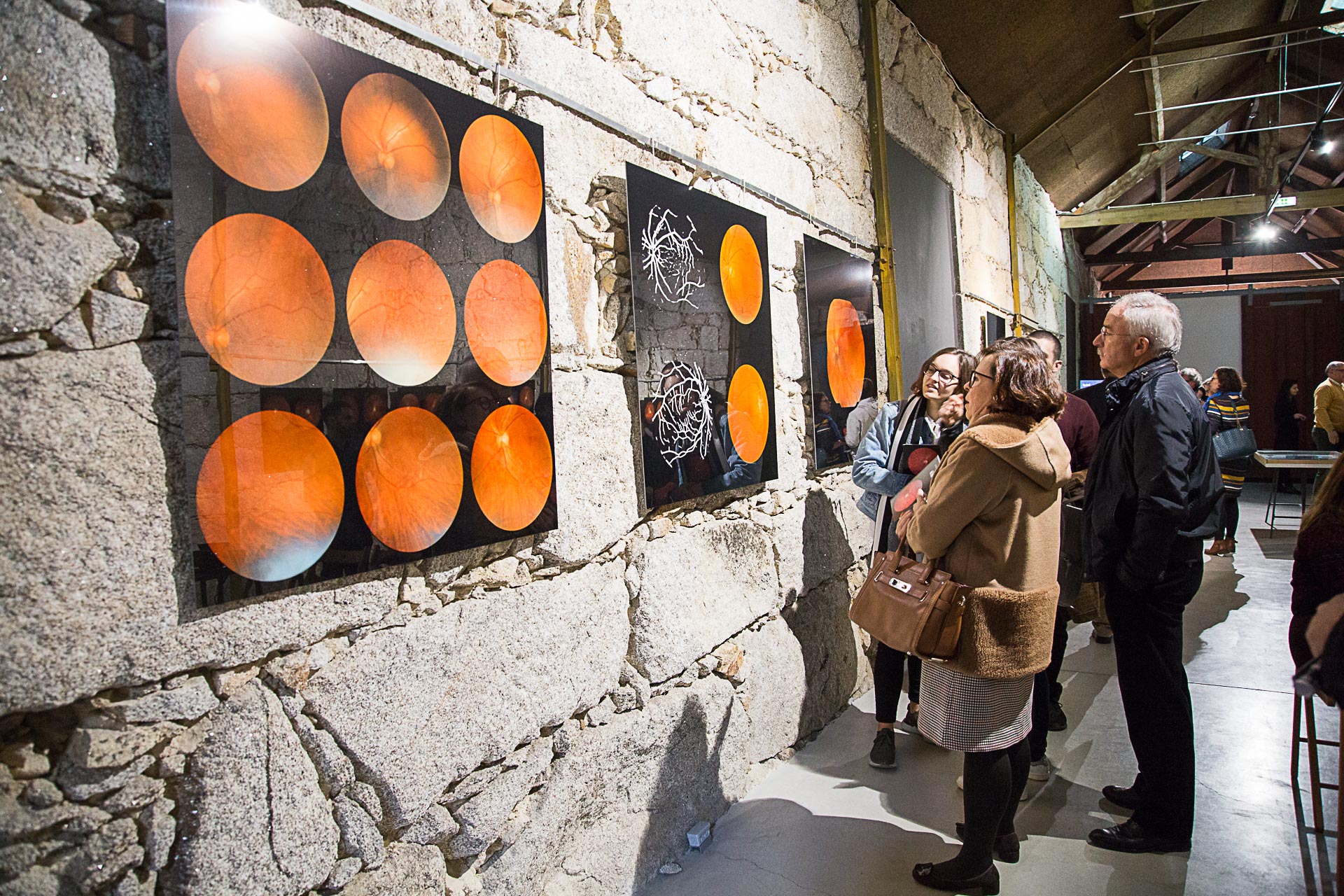 “Eu não sou eu nem sou o outro, sou qualquer coisa de intermédio” (in English “I’m not myself or the other, I’m something in the middle” quote from Mário de Sá Carneiro)

Aurélio Campilho, coordinator of C-BER and Full Professor at the Faculty of Engineering of the University of Porto (FEUP) and Renato Roque, photographer and trained as an engineer, were the ones responsible for this initiative.

It all began because "the images of the retina aroused different emotions and reactions in people; they looked at these images and identified planets, egg yolks, roads converging to the moon, among other perspectives”, explains Aurélio Campilho, who considered that the visual impact caused by some of the images could be interpreted in a unique photographic project.

Renato Roque admits that “it was a stimulating challenge right from the start, something different from everything I’ve done so far”. Following the assumption that every ocular fundus is unique and works as a fingerprint that only identifies that one person, Renato Roque intended to focus this work in a matter of identity, in a way that he considers “completely new”. “This is the first time I work with images that I haven’t photographed myself and this concept of owning images is important," says the photographer. For him, in the ownership of images happens the same thing "as when we adopt an animal. With him, we create a personal relationship of affection and we change each other mutually. "

In the end, the professor of FEUP stated that he was "impressed by the potentiality of some of these images, which highlight aspects that the mere impression doesn’t reveal". He also said that "Renato had the art of highlighting some of these aspects, in the normal retinographies and in those that were the subject of preprocessing". 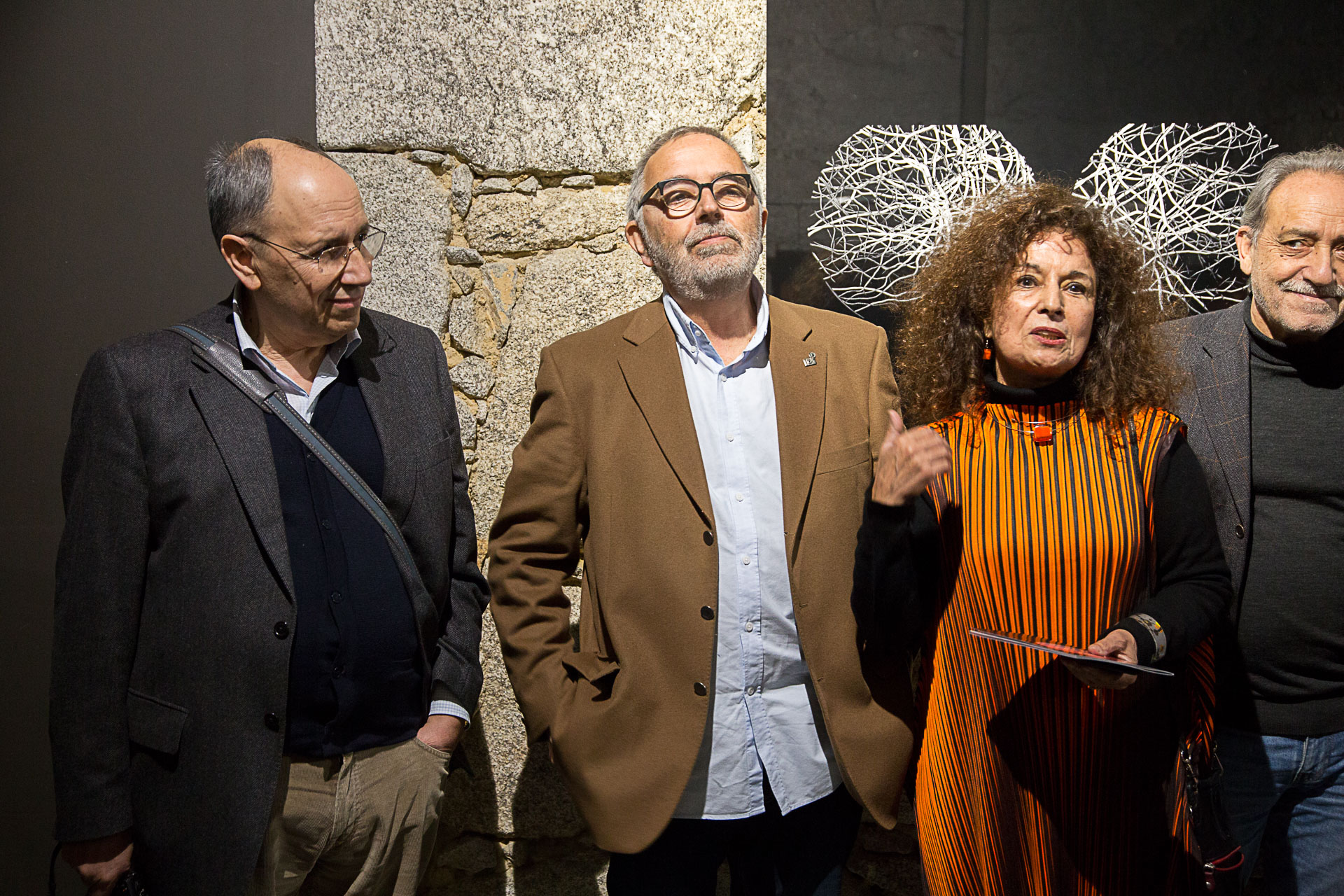 Diabetic retinopathy and the technological screening

Diabetic retinopathy is a complication of diabetes, one of the fastest growing diseases worldwide. It’s the main cause for blindness in the industrialised world, and its treatment can be successful if diagnosed early, hence the importance of the screening operations.

The SCREEN-DR platform is based on artificial intelligence and computer vision technologies that evaluate the image quality collected from the ocular fundus detects the normal images and assigns a degree of severity to the pathology, thus helping the decision making process of the ophthalmologists.

In addition to INESC TEC and FEUP, the SCREEN-DR project has the collaboration of the Carnegie Mellon University (USA), University of Aveiro, Administração Regional de Saúde do Norte and BMD Software, and the collaboration of the São João Hospital Centre and First Medical Solutions. It’s funded by the Science and Technology Foundation under the Carnegie Mellon Portugal Program. 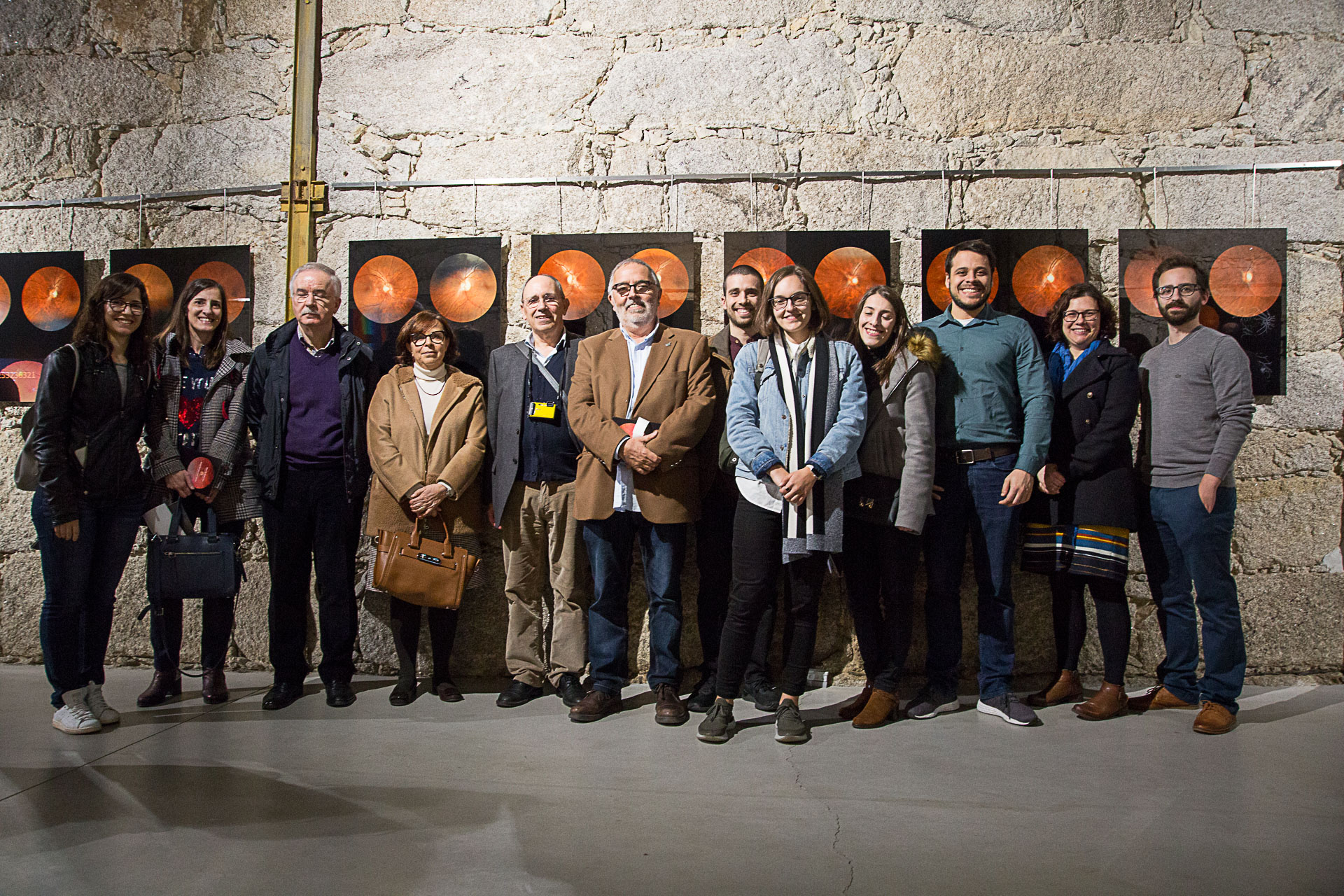 The researcher mentioned in this news piece is associated with UP-FEUP.