Ciência Viva chose INESC TEC’s proposal “Como vai ser a Inteligência Artificial em 2030?” (in English “How will Artificial Intelligence be in 2030”) as the “flagship internship” to launch the programme “Ciência Viva no Laboratório - Criar Futuro” (In English “Ciência Viva in Laboratories - Creating the Future”).

Ciência Viva chose INESC TEC’s proposal “Como vai ser a Inteligência Artificial em 2030?” (in English “How will Artificial Intelligence be in 2030”) as the “flagship internship” to launch the programme “Ciência Viva no Laboratório - Criar Futuro” (In English “Ciência Viva in Laboratories - Creating the Future”).

The event, which took place on 16 July at INESC TEC's Industry and Innovation lab (iilab), was attended by the Chairman of INESC TEC, José Manuel Mendonça, the Minister for Science, Technology and Higher Education, Manuel Heitor, who was accompanied by Rosalia Vargas and Ana Noronha, President and Executive Director of Ciência Viva, respectively.

In the year in which the “Estratégia Nacional de Inteligência Artificial AI2030” (in English “National Strategy for Artificial Intelligence AI2030”) is being launched, in which Ciência Viva is one of the promoters, the “Creating Future” initiative was launched to meet the challenge of promoting greater literacy in young people in the scientific and social applications of artificial intelligence, data science and machine learning.

Within the scope of this initiative, INESC TEC offered an internship to four students from the 10th to 12th grades between 15 and 19 July, aiming at bringing young people closer to the scientific community.

“How will Artificial Intelligence be in 2030?” was the name of the internship that aimed at developing the knowledge and skills of the trainees in terms of artificial intelligence, namely in image and voice recognition and recommendation systems. Throughout a week, the students had the opportunity to visit a technology-based company, to conduct hands-on activities in the new industry laboratory of INESC TEC and to attend theoretical-practical sessions in the Artificial Intelligence area.

On the first day of the internship, after a brief presentation about INESC TEC, the students participated in the “Quebra de Gelo Criativo” (in English “Creative Icebreaker”) workshop, where they were able to test their skills of “thinking outside the box”, by solving three challenges with the collaboration of researchers Sara Neves and Ana Alvarelhão of INESC TEC's Centre for Innovation, Technology and Entrepreneurship (CITE). 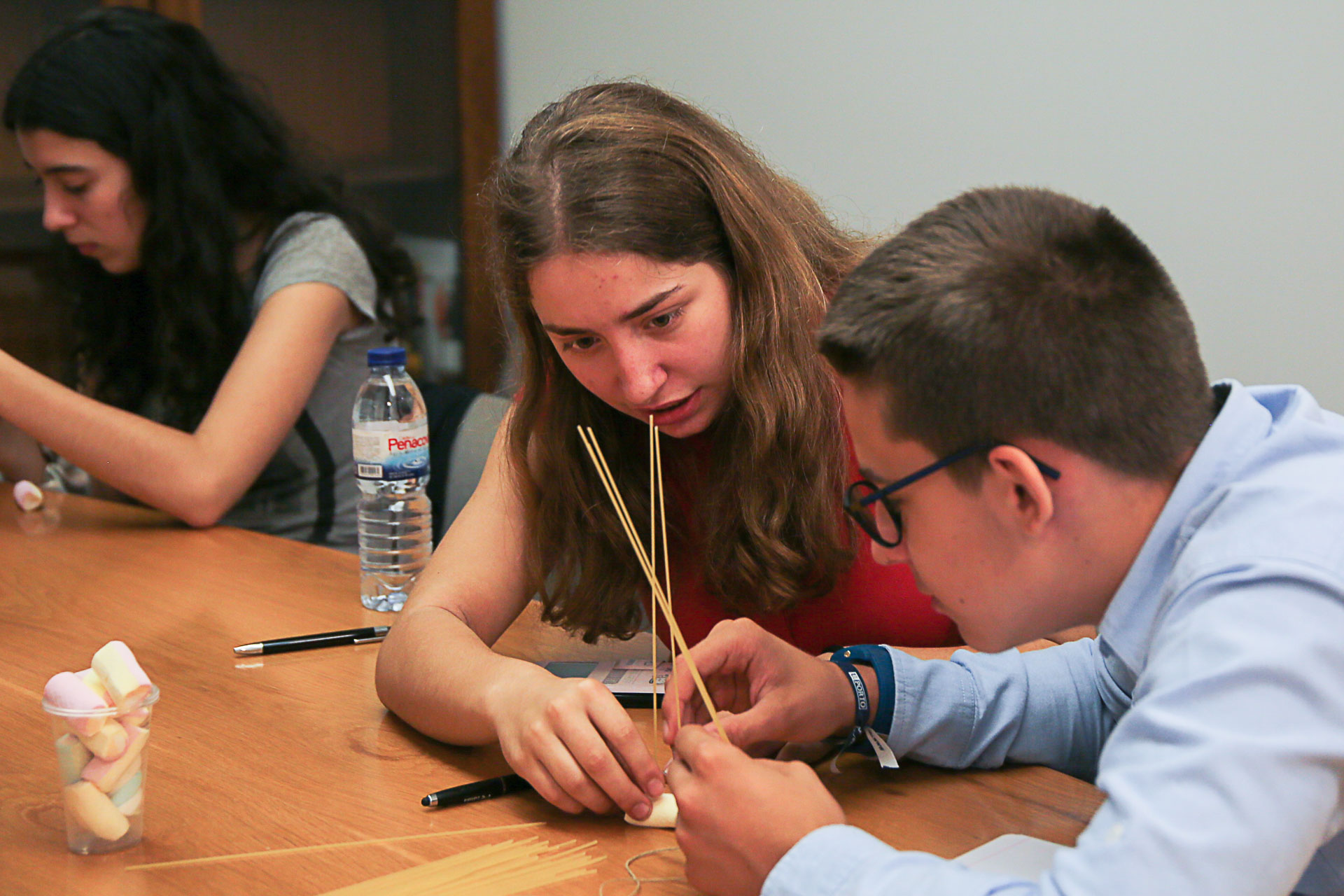 In the afternoon, the group went to Braga to meet Keyruptive, an INESC TEC spin-off that operates in the IT security area and that aims at making the storage of digital coins more secure. In addition to the Keyruptive technology, SafeCloud - a European project that aims at making data in the cloud inviolable - was presented by researchers Francisco Maia and Diogo Couto from INESC TEC's High-Assurance Software Laboratory (HASLab).

On the second day, students had the opportunity to visit the Industry and Innovation Lab (iilab), where they began by attending the session “Os computadores conseguem aprender” (in English “Computers can learn”), presented by Nuno Moniz, a researcher of INESC TEC's Laboratory of Artificial Intelligence and Decision Support (LIAAD) . The purpose of this presentation was to present the different machine learning approaches and their applications. In addition to this, during the morning, the launching event of the Ciência Viva in Laboratories 2019 programme took place. This event was attended by the Minister of Science, Technology and Higher Education, Manuel Heitor, the President and Executive Director of Ciência Viva, Rosalia Vargas and Ana Noronha, the Chairman of INESC TEC, José Manuel Mendonça and the Coordinator of the Centre for Robotics and Intelligent Systems (CRIIS), António Paulo Moreira, in order to accompany students in hands-on robotics activities at iiLab.

During this visit, the students revealed what they learned and the experiences they had at INESC TEC during the internship’s first two days. In addition to this, the students had the opportunity to programme miniature robots that move around in a simulated factory environment, with the help of Armando Sousa and José Lima, researchers from CRIIS. 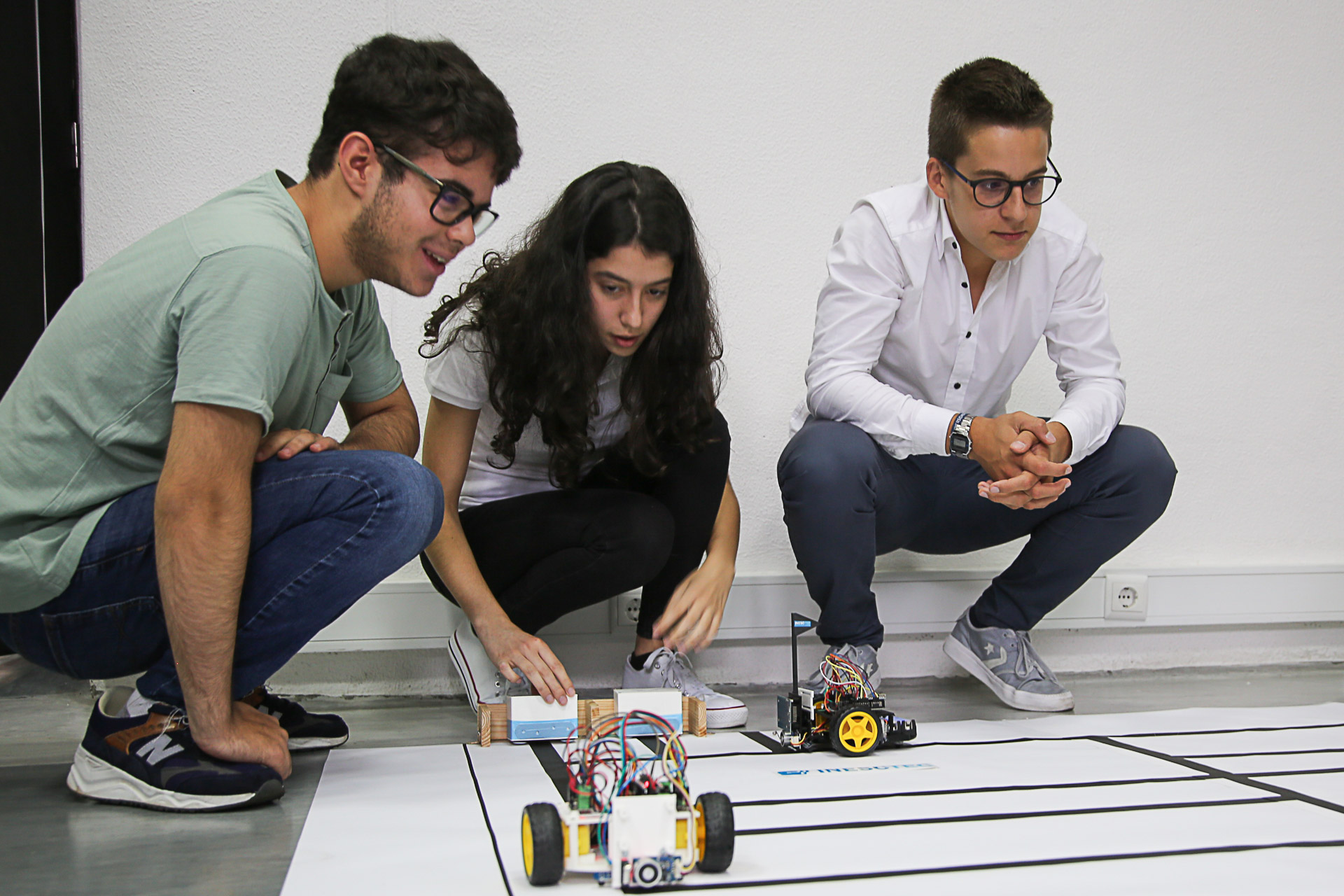 On this day, the students also visited two more laboratories: Optical and Electronic Technologies Research Laboratory and Laboratory of Sound and Music Computing, in which two theoretical-practical sessions were conducted: While in the first laboratory, Matthew Davies, a researcher at INESC TEC's Centre for Telecommunications and Multimedia (CTM) addressed the relationship between engineering and music. In the second one, Luís Pessoa, also a researcher from CTM, explained concepts related to microwaves, wireless power transfer and electromagnetic spectra.

The second module of this day, "Visão Computacional: como é que os computadores aprendem a ver” (in English: “Computer Vision: How Computers Learn to See") was explained by researchers Hélder Oliveira, Ana Filipa Sequeira e Eduardo Meca. The researchers mainly focused on the differences between the human and the computer visual systems.

In the morning of the fourth day, there was the session of the last module “Tecnologias de voz: o que a voz nos diz para além das palavras” (in English “Voice technologies: what the voice tells us besides words”), explained by Ricardo Sousa from LIAAD who addressed the physical, physiological and perceptive principles of the voice as well as the process of data collection for speech recognition. 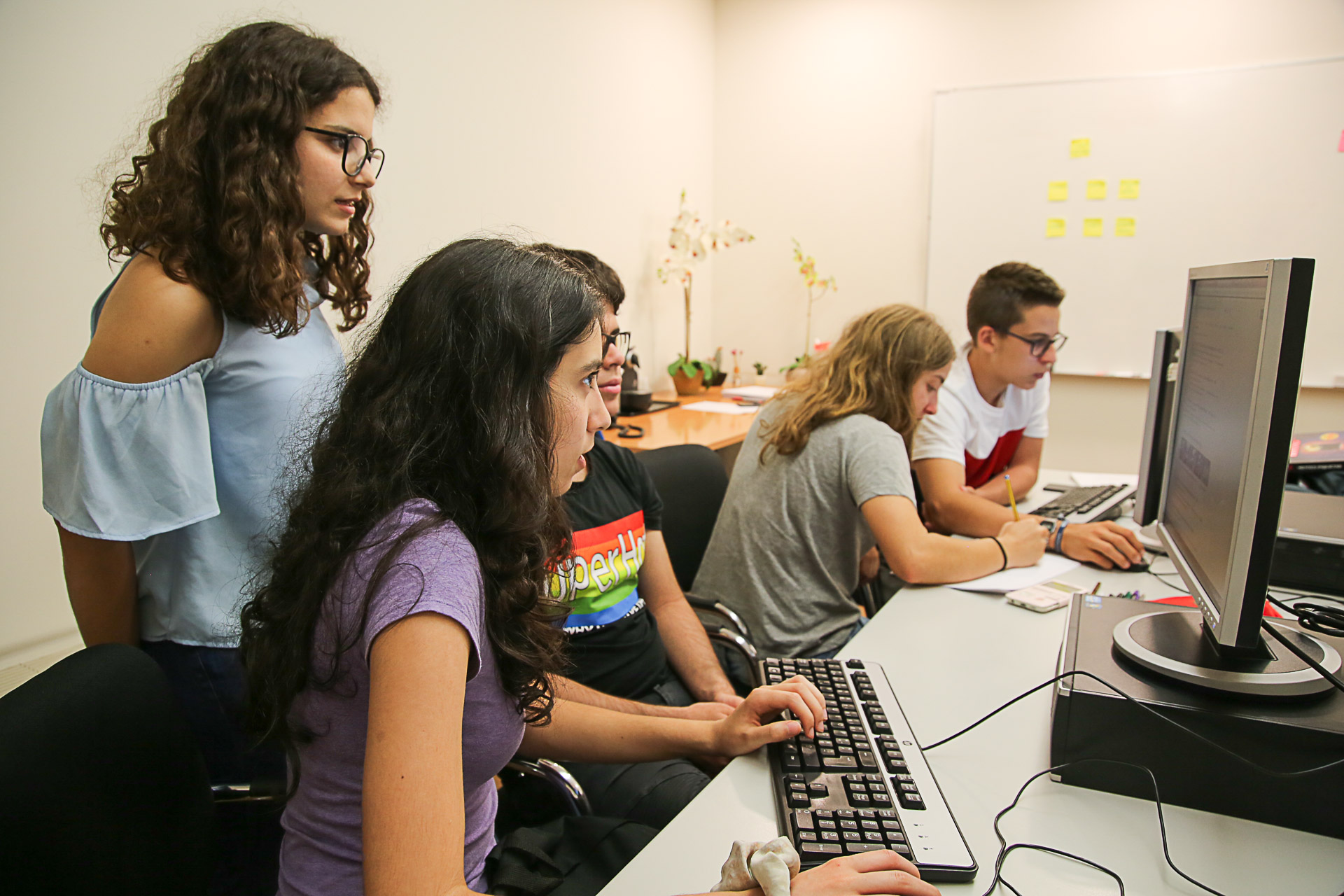 In the afternoon, the students participated in a brainstorming session in order to reflect on everything they learned throughout the week, and to design an innovative technology in the artificial intelligence area for 2030.

On the last day of the internship, the students were invited to present and defend an innovative and viable technology for the future of artificial intelligence before a panel composed of INESC TEC's elements. The jury, which was composed of Maria José Pedroto, researcher from LIAAD, Pedro Martins Ferreira, researcher from CTM and Daniel Vasconcelos, collaborator of the Technology Licensing Office (SAL), evaluated the two technologies proposed by the students: a robot that would improve the response time in case of accidents and a software to assist the work of aircraft operators.

This Ciência Viva’s initiative, which is already on its 23rd edition, has already given the opportunity to more than 1600 students to get to know the research work carried out in laboratories and scientific institutions from all over the country.

The researchers mentioned in this news piece are associated with INESC TEC, UP-FEUP and IPB.