A Digital Innovation Hub was born, a Digital Innovation Network for the industry in the north of Portugal, aiming to foster the digital transformation of manufacturing companies and to nurture their respective innovation ecosystem of the region. It’s called iMan Norte Hub and it was launched on 25 May in Leça da Palmeira.

A Digital Innovation Hub was born, a Digital Innovation Network for the industry in the north of Portugal, aiming to foster the digital transformation of manufacturing companies and to nurture their respective innovation ecosystem of the region. It’s called iMan Norte Hub and it was launched on 25 May in Leça da Palmeira.

By promoting the digital transformation of manufacturing companies of the northern region of Portugal, namely through the adoption and dissemination of advanced production technologies, the iMan Norte Hub intends to develop key areas, namely digitalisation and robotics, combining the existence of scientific and technological skills and infrastructures in order to strengthen the existing businesses and encouraging the creation of new ones.

How will it work

The main goals of this initiative are, on the one hand to support the manufacturing companies of the region in identifying opportunities, demonstration and tests of advanced solutions, definition of implementation plans and selecting suppliers on the fields of digitalisation, IoT and robotics. On the other hand, it intends to improve the collaboration between the agents involved in the ecosystems through the interconnection between research institutions, technological centres, industrial associations, incubators, technology parks, companies, educational institutions and government agencies. In particular, the intention is to promote the collaboration between technological companies, competence centres and manufacturing companies in the development of national and more competitive solutions that are adapted to the needs of the regional companies.

Among the core services of iMan Norte Hub are the elaboration of diagnoses and technology roadmaps, the search for suppliers and partners, the validation and demonstration of innovative solutions, sectorial and technological studies, the support for new business development and the connection with raising funds. These services will be provided by the partners of the hub, namely by competence centres, incubators, business associations, manufacturing technologies companies, including information systems, equipment, automation, robotics and even by companies that provide consulting and engineering services. 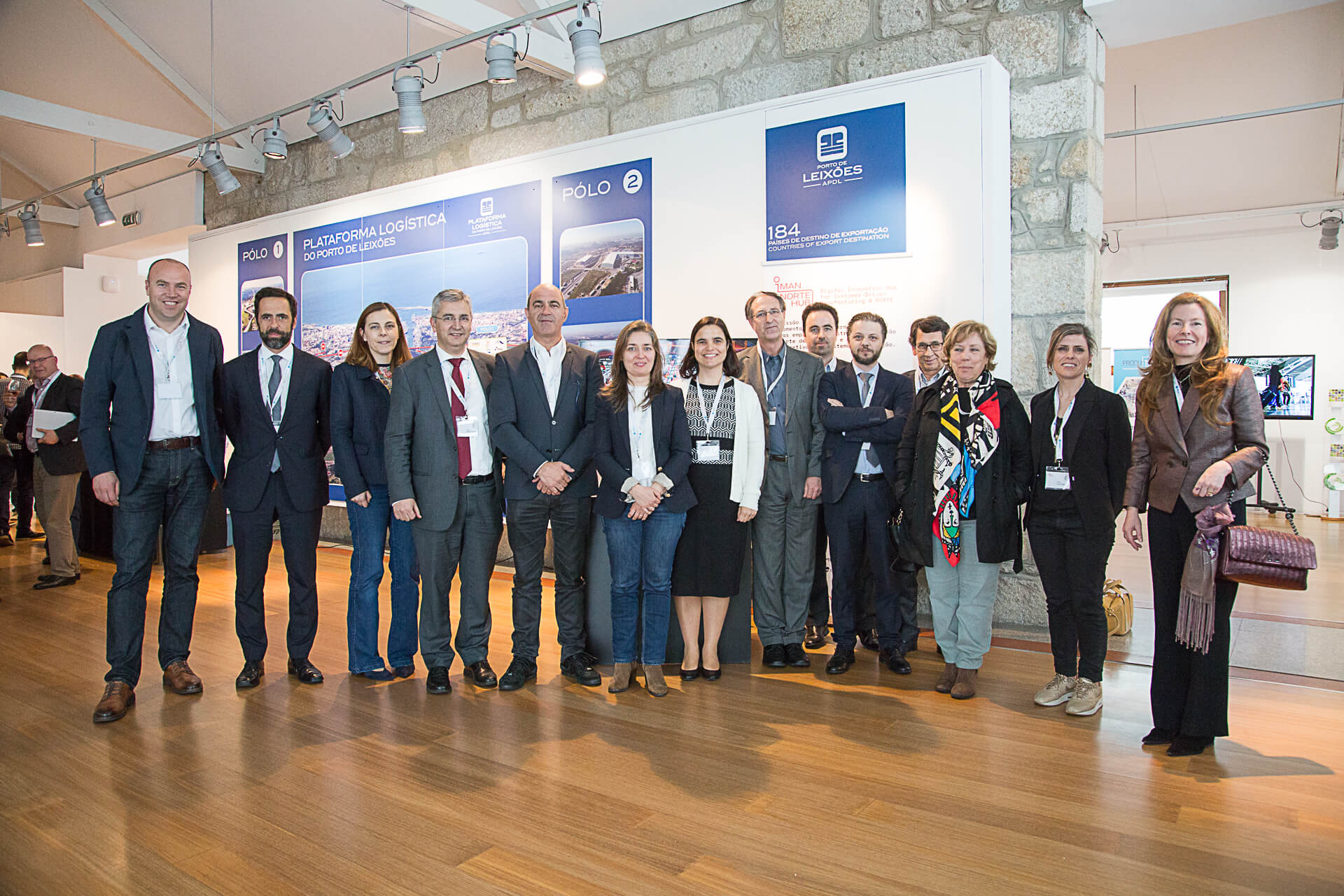 Who coordinates the programme

The specific skills of each one of these entities allows the creation of a sort of “ regional business ecosystem in areas that are associated with ICT and production technologies such as electronics and automation, computer science, production equipment and the existing local supply of specialized technological solutions for the manufacturing industry," explains Fernando Sousa, the President of PRODUTECH.

This Digital Innovation Network emerged due to the action plan of the European Commission for the digitalisation of the European industry and the strategy for the creation of a digital single market, which includes the creation of Digital Innovation Hubs. According to the Commission, "the European single market needs to be adapted to the digital age by removing legal barriers and moving from the current 28 markets to a single one".

The launch of the iMan took place on 25 May at Porto Atlântico Marina, situated in Leça da Palmeira and was attended by Ana Teresa Lehmann, the Secretary of State for Industry and by Ester Gomes da Silva, the vice president of CCDR-N. The representatives of all entities involved in iMan Norte Hub had the opportunity to present the initiative, actions to support the digitalisation of the industry and examples of successful cases of implementation in several industrial sectors.

"The ongoing digital transformation of Portuguese companies is crucial for the future of our economy. As infrastructure networks, the Digital Innovation Hubs will play an important role in this initiative through which companies can gain access to development and testing centres, technological knowledge and funding sources", said Ana Teresa Lehmann, who congratulates the creation of this second Digital Innovation Hub in Portugal (the first is coordinated by PRODUTECH) and announces that there will be a total of 10 by the end of the year.

On the other hand, Ester Gomes da Silva stressed that this collaboration is connected and contributes to the smart specialization strategy of the northern region of Portugal. Ester Gomes da Silva also described 'the advanced production systems' as an investment and innovation priority for the region. "We welcome the initiative, which will allow companies of the north of Portugal to obtain gains in competitiveness through the digital technology diffusion," explains the vice president.

In the end, there was also a round-table discussion on “Digitalização da Indústria: Casos e experiências de sucesso” ("Digitization of the Industry: Examples and Experiences of Success” in English), moderated by Luís Carneiro, member of INESC TEC's Board. In parallel to the session, a thematic exhibition with videos and demonstrations from all iMan North Hub partners was held. 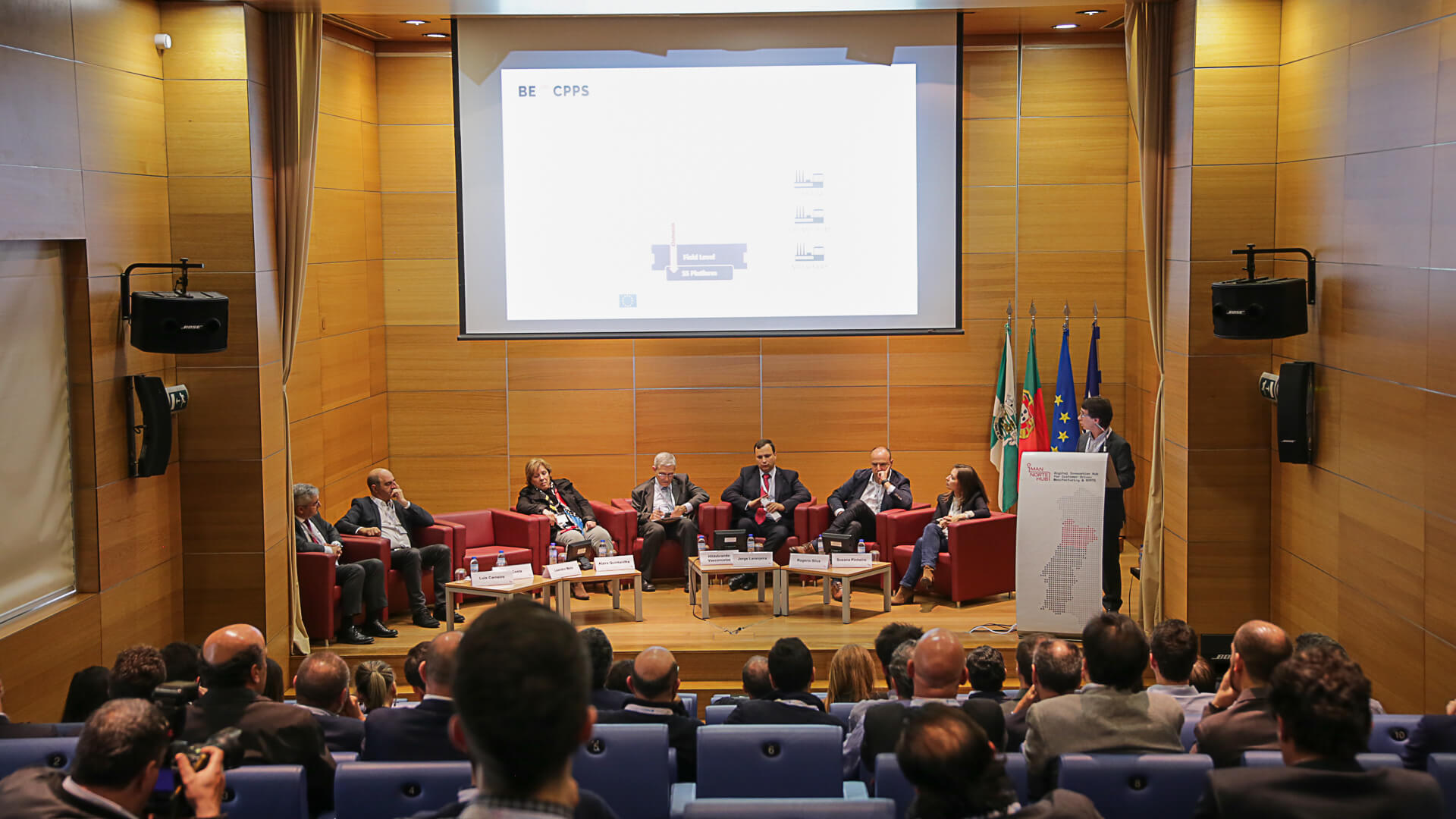 The iMan Norte Hub comes within the framework of the BEinCPPS - Business Experiments in Cyber Physical Production Systems project, which was developed by INESC TEC’S centre for Enterprise Systems Engineering (CESE).

In first place, the BEinCPPS project aims to integrate and test the cyber-physical production systems (CPPS) in a factory environment according to the Future Internet (Cloud Platform) in five regions of the European initiative Vanguard. Right afterwards, it intends to cover all European regions, involving local competence centres and manufacturing SMEs. The final aim is to dramatically improve the adoption of CPPSs all over Europe by means of the creation and flourishing of regional innovation ecosystems, which are driven by the adoption of industry 4.0 technologies, made of competence centres, manufacturing enterprises and IT SMEs.

The BEinCPPS project is funded through the European Union Framework Programme for Research and Innovation Horizon 2020 and is scheduled to end in October 2018.

Under the iMan Norte Hub initiative, INESC TEC participated at the Fiware Global Summit, which took place in Porto on 8 and 9 May. INESC TEC was represented by António Lucas Soares and Ana Barros, researchers from CESE which then presented the work developed in iMan Norte Hub regarding the BEinCPPS project.

On the first day, António Lucas Soares was the moderator of Panel 3 entitled “Connected Industry: from strategy to reality”, which was inserted in the area of work dedicated to the Ground for Smart Industry.

On the second day, Ana Barros presented the communication ““iMan Norte Hub: Role of Digital Innovation Hubs in the Digitalization of the Industry”, one of the four presentations of the Panel 4 entitled “Fiware for Industry related initiatives and success stories” and which was inserted in the area of work dedicated to the Ground for Smart Industry. There were also presentations of the demonstrators implemented in the project, namely by PRIMACY, Whirlpool and GF-INNO (BOOST INNOVALIA).

The FIWARE Global Summit gathered programmers, entrepreneurs, political decision-makers, leaders, industrial firms and researchers to exchange ideas and developments on how the IoT and the open data solutions can be implemented in the fields of Smart Cities, Industry 4.0 and Agriculture.