ATTEST - Advanced Tools Towards cost-efficient decarbonisation of future reliable Energy SysTems - is the name of the new European project that aims to develop a set of innovative tools to support the planning, maintenance and operation of future electrical networks. INESC TEC, through the Centre for Power and Energy Systems (CPES), is responsible for coordinating the project, which started in early March and will last for three years.

ATTEST - Advanced Tools Towards cost-efficient decarbonisation of future reliable Energy SysTems - is the name of the new European project that aims to develop a set of innovative tools to support the planning, maintenance and operation of future electrical networks. INESC TEC, through the Centre for Power and Energy Systems (CPES), is responsible for coordinating the project, which started in early March and will last for three years.

With eyes set on the future and the challenges electrical systems will face from 2030 forwards, the ATTEST project brought together nine European partners to develop an open source “toolbox” that could be included in a platform based on Information and Communication Technologies (ICT).

In addition, by accelerating the dissemination of tools to support said management process, the project will also focus on the challenges identified in Europe's climate and energy programmes.

The results will be piloted in Croatia, where the transmission and distribution networks tests will take place.

The main results of the ATTEST project, namely the open source tools, will become available to the scientific community, so everyone can use them. However, the ultimate goal is having TSOs and DSOs testing and evaluating the solutions developed in the project, in order to address the future challenges that electrical systems will face.

What are those challenges? The increasing flexibility of the power system and back-up generation, the strong trend towards the electrification of the energy system, and the integration of multi-energy systems are three of the eight challenges pointed out by the consortium. The image below illustrates and contextualises them in a “futuristic” scenario. 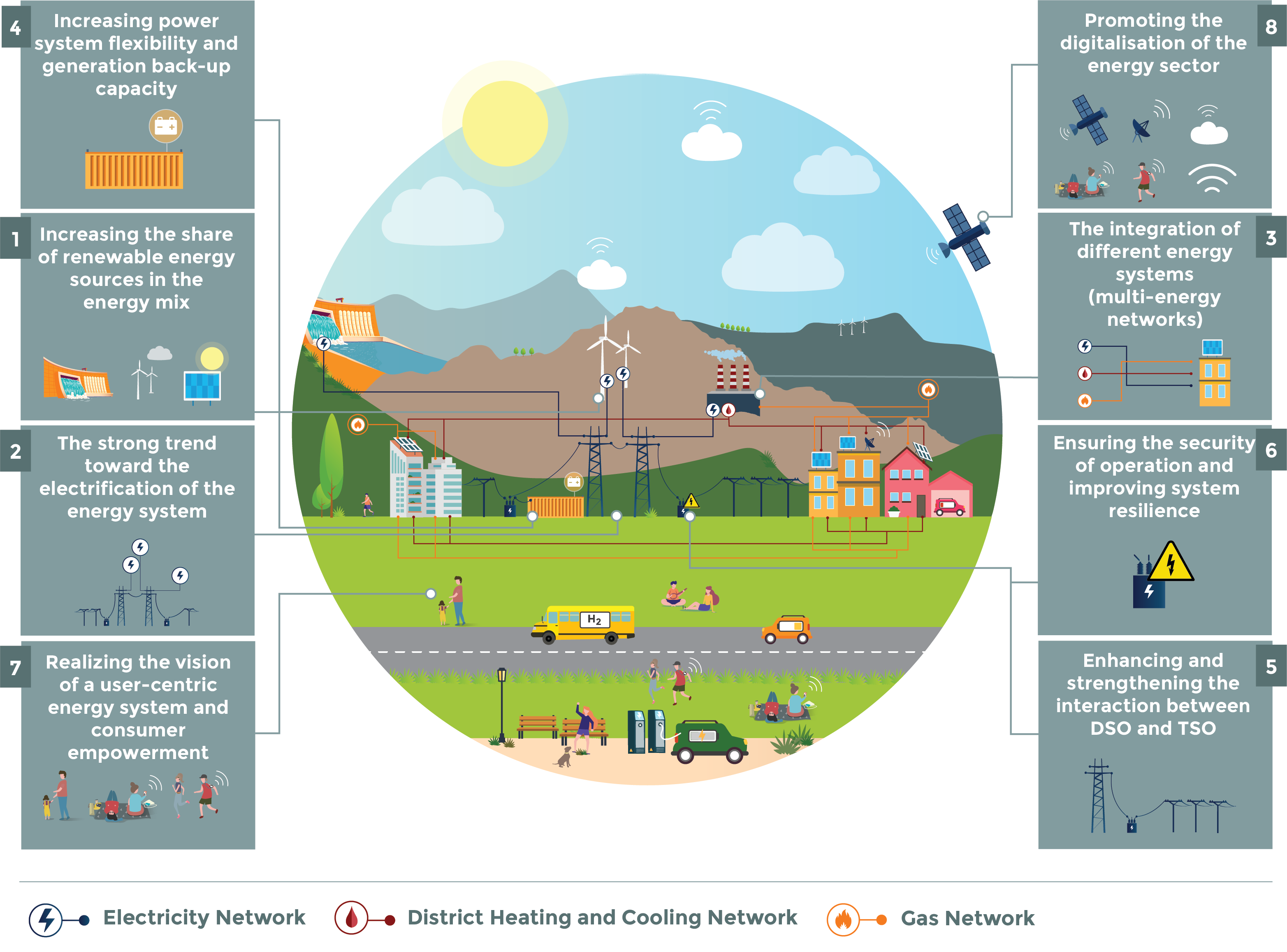 According to André Madureira, project coordinator, "ATTEST covers a very important research area within CPES, while aiming to continue the developments in other recent projects". Here, the INESC TEC researcher is mentioning other European projects in the same field, such as the EU-SysFlex and the TDX-ASSIST.

However, what separates ATTEST from the rest? “The fact that ATTEST is a Research and Innovation Action (RIA), meaning that lower Technology Readiness Levels (TRLs) are addressed. This reinforces the much needed component of fundamental/applied research, which has been one of the unique features of INESC TEC”, acrescenta André Madureira.

“The fact that INESC TEC is the leader of a consortium, working with a set of qualified partners - some of them for the first time – contributes to a greater visibility and the added value of the expected results”, says André Madureira.

These nine partners (from six countries) have access to €4M funding by the EU Research and Innovation programme H2020 - agreement number 864298, until February 28, 2023.

INESC TEC researchers mentioned in this news piece are associated with INESC TEC and UP-FEUP.