VR2Market Project comes to an end

VR2Market came to an end and its closing session was held at INESC TEC’s headquarters on 26 June.

VR2Market Project comes to an end

VR2Market came to an end and its closing session was held at INESC TEC’s headquarters on 26 June.

VR2Market - Vital Responder to Market was the name given to the project that brought together a group of researchers from Portugal and USA, so that they could jointly develop technologies that, among other applications, allow to monitor the vital signs and the environmental variables that professionals such as firefighters, police officers or paramedics are exposed to.

The technologies and the goals of VR2Market

To obtain fatigue indices, dangerous levels of exposure to heat, stress, harmful gases, among others, which can be used to protect these professionals, and thus increasing the security of the operations of these teams and improving their management on the ground in the event of natural disasters, for example. How? Through technologies such as wearable sensors, an IoT based platform for monitoring the exposure to dangerous levels of different agents and peaks of physiological stress of first responders’ teams and an analysis engine of biomedical and environmental data that is capable of detecting different hazardous states for these professionals.

Several innovative technologies, among which three were subject to patent protection, resulted from this development. The goal was to create synergies between innovative wearable technologies, sensor networks, IoT and accurate tracking systems in order to explore new ways of monitoring first responders so that their safety and occupational health can be improved.

"With these technologies, we can better protect our first responders, but not only that, as the solutions that we developed can also be customised to other risk professionals and even to new scenarios. The technologies have already been tested in extreme environments, with firefighters, for example. So far, professionals only used carbon monoxide sensors in this type of situations, and when these devices were available", explains Duarte Dias, a researcher of INESC TEC’s Centre for Biomedical Engineering Research (C-BER). 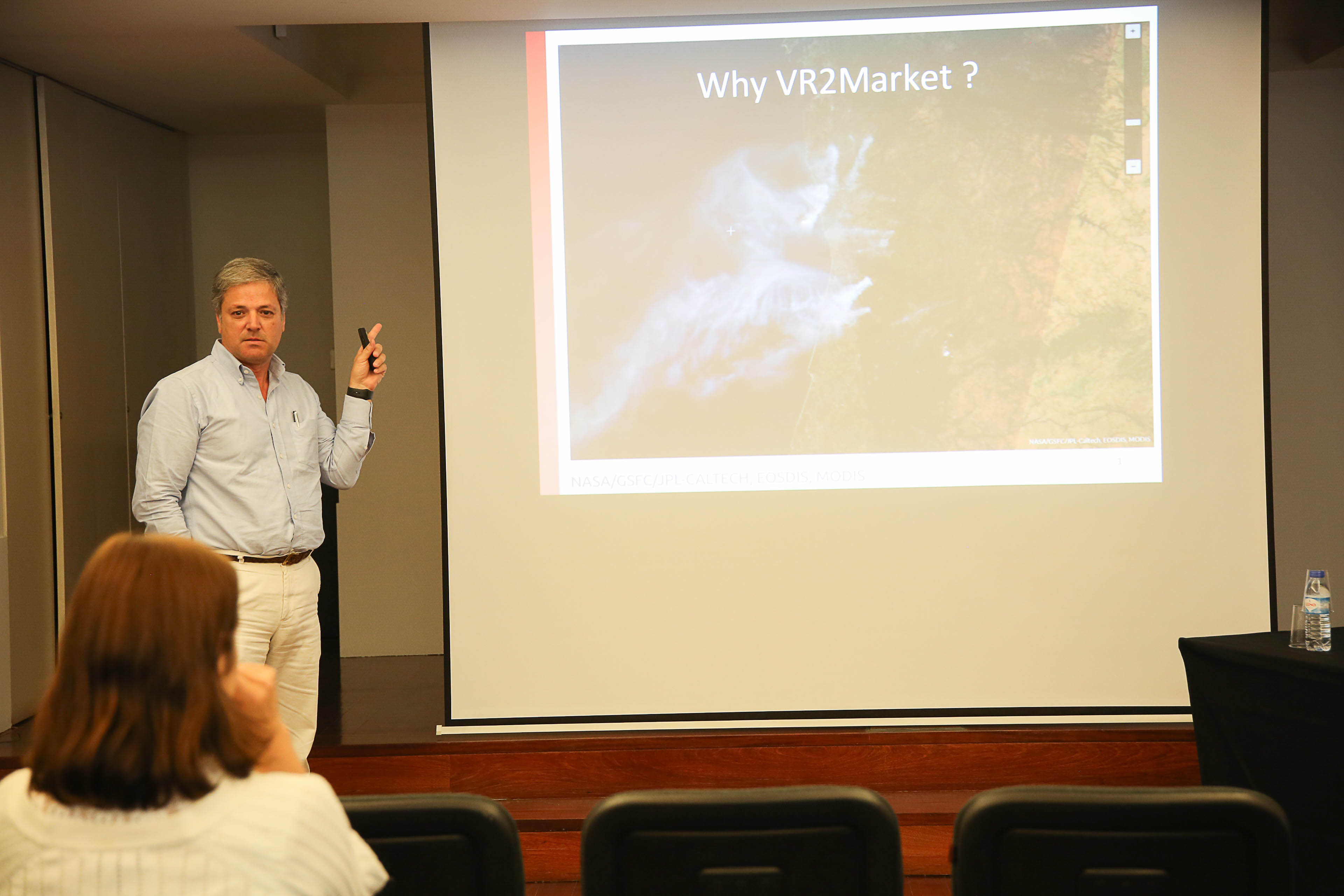 The closing session of the project

The conference was opened by João Claro, INESC TEC's Chief Executive Officer, and João Paulo Cunha, the project's leading researcher and Coordinator of C-BER. Then, each partner of the project presented the results for which they were responsible. INESC TEC began by presenting the wearable devices for human sensing. Then, it was followed by the Instituto de Telecomunicações (IT) with the network infrastructure. It was then IEETA's turn with the presentation of the IoT system and the management platform. Finally, INESC TEC discussed the supply chain and the business strategy. INESC TEC and IEETA jointly presented the overall results of the project and the field tests.

The demonstration session of the results took place in the middle of the afternoon, where all participants had the opportunity to see and try the developed technologies.

There was still time for a special keynote given by Bob Iannucci of the Carnegie Mellon University (CMU) of Silicon Valley, who presented, from Mountain View, California, the results of the collaboration in the project and future perspectives for the newly submitted project to the CMU-Portugal programme. 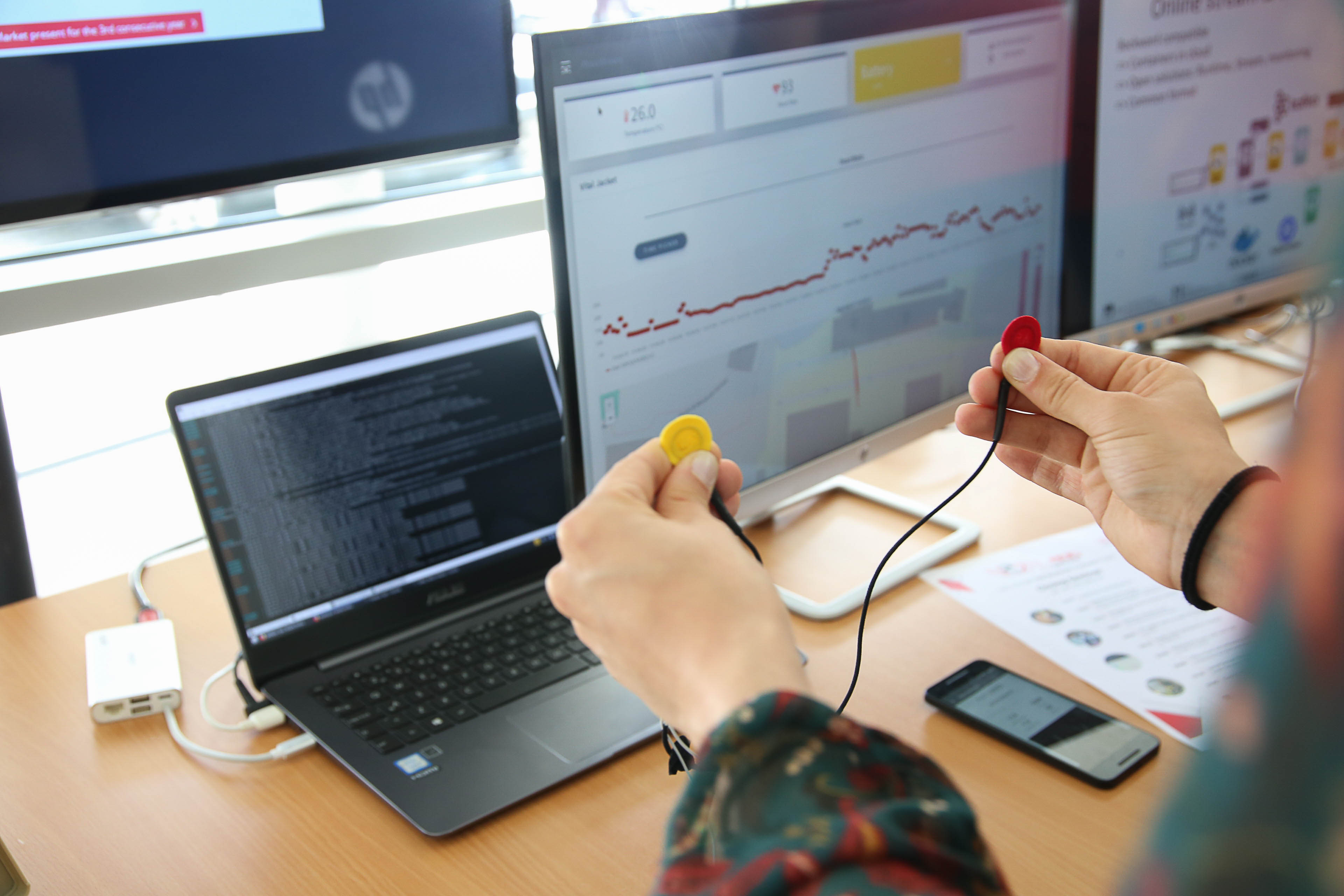 The future of these technologies

The three technologies developed under the project will be included in the products of a new spin-off company known as WeSENSS. The new INESC TEC spin-off aims at developing new wearable devices applied to several types of professionals and scenarios.

“At the moment, we are incorporating our sensing technologies of the professionals into the UNO platform, which belongs to the EQS group which, among other services, monitors the industrial facilities in the oil field”, exemplifies researcher Duarte Dias.

Partners and funding of VR2Market

This project was developed by INESC TEC, IEETA, Instituto de Telecomunicações (IT), Biodevices SA, CMU – Robotics Institute, Pitsburgh and CMU – Silicon Valley, having the support of companies such as Biodevices and Petratex and a funding from the Foundation for Science and Technology (FCT) within the scope of the CMU Portugal Programme.