In the scientific article “Clinical 3-D Gait Assessment of Patients With Polyneuropathy Associated With Hereditary Transthyretin Amyloidosis”, published in Frontiers in Neurology, one of the most important journals in the area, the researchers analysed the gait parameters of different groups of patients with familial amyloid polyneuropathy, according to different stages of development.

In the scientific article “Clinical 3-D Gait Assessment of Patients With Polyneuropathy Associated With Hereditary Transthyretin Amyloidosis”, published in Frontiers in Neurology, one of the most important journals in the area, the researchers analysed the gait parameters of different groups of patients with familial amyloid polyneuropathy, according to different stages of development.

The research will allow improving the disease's diagnosis and monitoring, as well as therapeutic adjustment.

“This is the first study in the world to assess the gait of this type of patients, and to find biomarkers, i.e., measurable indicators of the severity/presence of the disease and its evolution”, explained Maria do Carmo Vilas-Boas, lead author of the article and researcher at INESC TEC’s Centre for Biomedical Engineering Research (C-BER). . "The main goal of our research is improving the knowledge about this condition, in order to better diagnose and monitor its evolution, thus enabling a better therapeutic adjustment", added the researcher, who is also P.h.d student at the Faculty of Engineering of the University of Porto, (FEUP) and researcher at the Porto Biomechanics Laboratory (LABIOMEP) and the University Hospital Centre of Porto (CHP).

In this study, all participants were asked to walk in front of a 3-D camera (called Kinect) for a few minutes, so it could monitor body movement in three dimensions. Next, the researchers used their own software to extract parameters related to gait, from the body data provided by the 3-D camera. “This system, based on a Kinect camera, provides quantitative gait information that can be useful to support clinical assessment during the diagnosis and monitoring of disease onset, as well as in the development of more objective and refined assessment scales to support medical decision making”, stated Maria do Carmo Vilas-Boas. 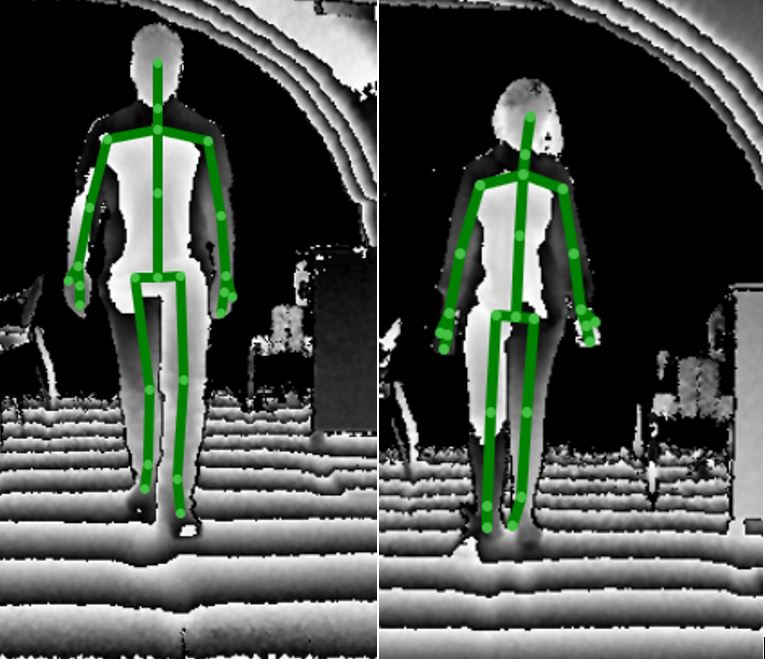 The study involved 30 patients, and according to the researcher, showed "promising results", as the team was able to detect statistical differences in the gait parameters, which would not be detectable through human observation. In addition, this gait monitoring system is easy to assemble and use in a clinical setting.

The future of the research

Researchers hope that this line of research will have an impact on the early detection of disease onset. “A carrier of the mutation that causes this disease may, on a routine basis, perform this quantitative gait analysis, thus providing objective information to his/her doctor; this information can help healthcare professionals make a decision regarding treatment”, considered the researcher.

Moreover, the researchers seek to improve this study in the future, by making a comparative analysis of patients with this disease and other neuropathies caused by different disorders, in groups including a larger number of people. In addition, individuals with the mutation who are still asymptomatic will also be included (and monitored until the first symptoms begin to appear), in order to understand how motor control changes, namely the gait of these individuals, point to the onset of the disease.