Each year, the magazine Exame Informática awards people and organisations who distinguish themselves in the Science and Technology areas, entitled “The Best of the Technological Portugal”. The distinctions include categories of Innovation, Sustainability, Software, Internet, Smart Mobility, Computer Manufacturer, National and International Brands, Product and Personality. The winners are selected by the journalists of the magazine in an initiative that has been going on for 11 years.

Each category has a winner and two honourable mentions. It was in the “Innovation” category that the UNEXMIN project received an honourable mention due to the combination of several knowledge fields for the creation of a device capable of operating in adverse situations, having a number of applications and also room for progressing.

Alfredo Martins and José Miguel Almeida, researchers at CRAS and professors at ISEP,  represented INESC TEC in this ceremony.

This award ceremony, which was held at the Instituto Superior Técnico (IST), was part of an academic job fair entitled Jobshop, a meeting point between companies and students. 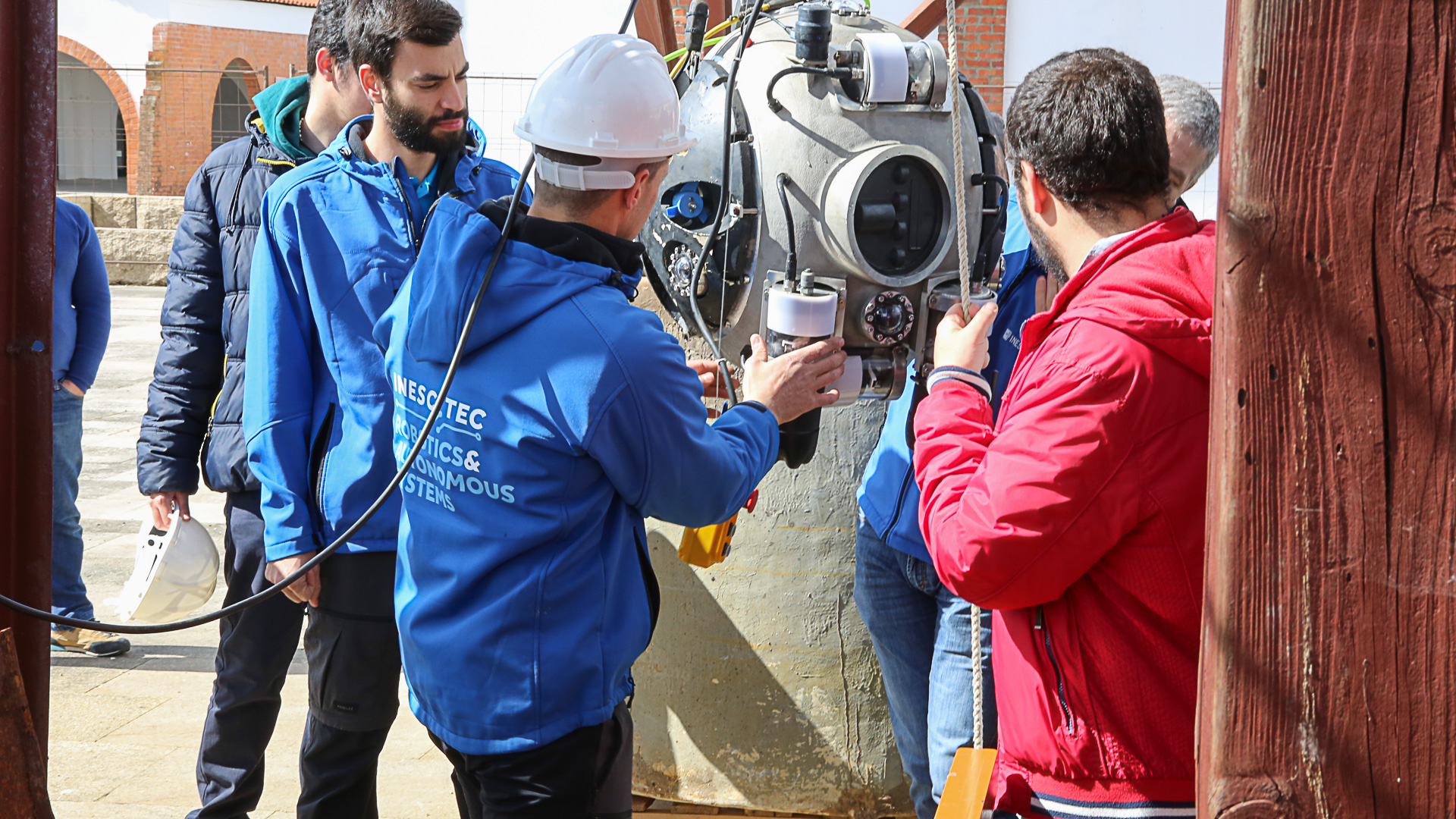 The UNEXMIN project includes the development of three robots for 3D mapping and for gathering geological data that cannot be obtained otherwise without incurring major costs or other associated risks, such as human risks in case divers are used for research or collection of data in mines.

The project, which was funded by the European Union’s Horizon 2020 programme, brought together twelve organisations from seven different countries. In Portugal, INESC TEC and the Empresa de Desenvolvimento Mineiro (EDM) are the partners of this project.