INESC TEC technologies for the energy sector presented in Paris

INESC TEC was once again present at the largest European event dedicated to the power sector, the European Utility Week (EUW), which was held in Paris (France) from 12 to 14 November.

INESC TEC technologies for the energy sector presented in Paris

INESC TEC was once again present at the largest European event dedicated to the power sector, the European Utility Week (EUW), which was held in Paris (France) from 12 to 14 November.

The presence of the institution at this year’s event was mainly felt in two ways: through its own stand incorporated in the Portugal Pavilion and as the leader of the European project InterConnect, with a stand in the European Commission’s booth.

There were four technologies presented by INESC TEC, with an application in the energy area, in this year’s edition of EUW19 – three were developed within the scope of the InteGrid project, in which the institution is the technical coordinator, and the other one is a result of the UNEXMIN project.

A home energy management system, a smart charger for electric vehicles and a platform called grid & market hub for reliable data exchange among market stakeholders – were the technologies developed in the European project InteGrid that INESC TEC presented at EUW19. A robot for the monitoring and inspection of underwater infrastructures, capable of reducing human risk and operational costs and time, as a result of the European project UNEXMIN, was also present at the exhibition.

The several scientific skills that INESC TEC has in the energy area were also presented, with the emphasis being put on the multidisciplinarity and the ability to generate science-based innovation, supported by the successful partnerships with the industry. It was precisely for INESC TEC’s multidisciplinary offer in the power sector that the institution was represented by researchers from four different centres – Centre for Power and Energy Systems (CPES), High-Assurance Software Laboratory (HASLab), Centre for Robotics and Autonomous Systems (CRAS) and Centre for Industrial Engineering and Management (CEGI) –, ensuring the representation of the four cluster of the institution – Power and Energy, Computer Science, Networked Intelligent Systems, Industry and Innovation. The laboratory infrastructure that supports INESC TEC’s applied research in the energy domain and the manufacturers of electrical components – the Laboratory of Smart Grids and Electric Vehicles – was also presented.

João Peças Lopes, INESC TEC’s associate director, responsible for TEC4ENERGY and one of the representatives at the event, highlights that “being present at the European Utility Week is a strategic commitment on the internationalisation of the institution’s skills, which continuously seeks new partnerships and projects with renowned players so that together we are capable of identifying and addressing the market challenges”. 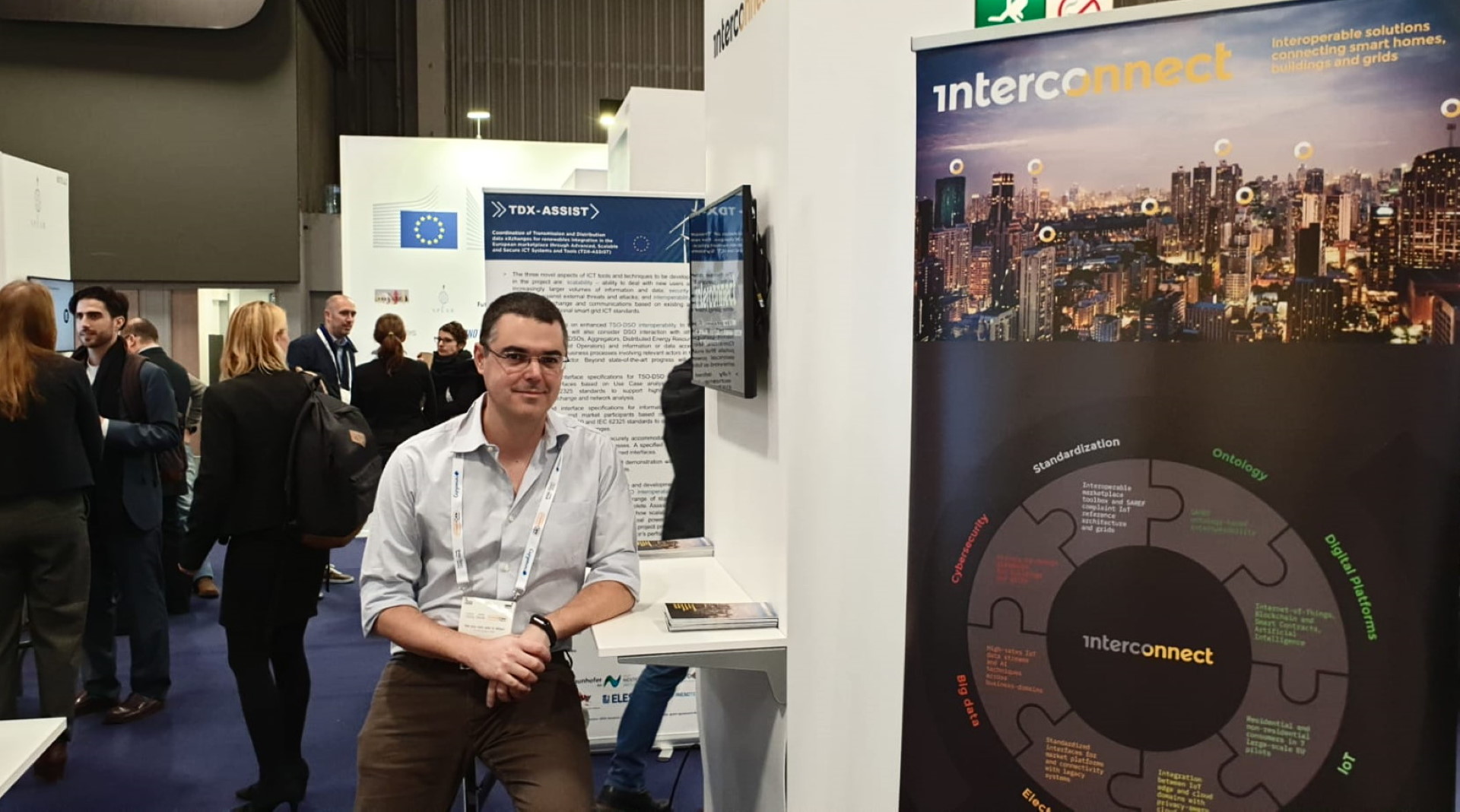 The European project InterConnect, which started in October and with INESC TEC as its leader, was invited to join the European Commission’s booth at EUW19.

David Rua, a researcher of INESC TEC and coordinator of InterConnect, was also invited to present the project and the theme “Interoperability in smart grids and smart homes”, on 13 November at 4:00 p.m., in the “Connected Spaces” session, which took place at the Theater 4 of the European Commission space. Frances Williamson (ESMIG), Lien van Schepdael (KU Leaven/ EnergyVille), Marco Pacchiardo (Alfagroup S.p.A.) and Josef Baumeister (EEBUS) participated in this session, which was moderated by Svetoslav Mihaylov – the policy officer of the European Commission’s DG CONNECT. 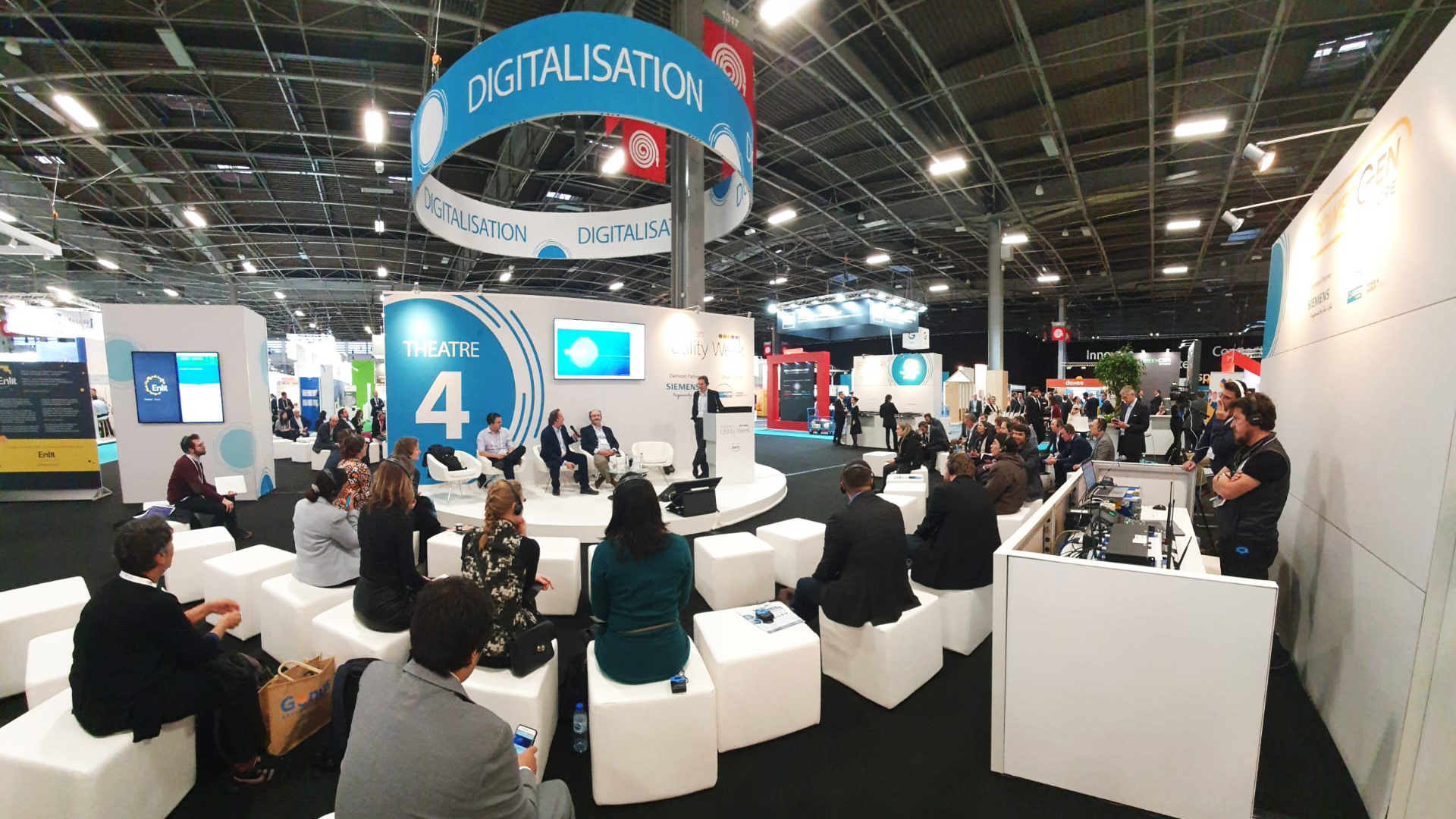