Augmented Video 360 project, which was funded by Google, comes to an end
In 2017, under the innovation fund Digital News Initiative, Google issued a challenge that intended to stimulate the innovation in the digital journalism. INESC TEC addressed this challenge and, two years later, it presents the Augmented Video 360 – an editing and visualisation tool for 360º videos with dynamic annotations in order to improve narratives -, thus making the act of telling stores through 360º videos much easier.

Augmented Video 360 project, which was funded by Google, comes to an endIn 2017, under the innovation fund Digital News Initiative, Google issued a challenge that intended to stimulate the innovation in the digital journalism. INESC TEC addressed this challenge and, two years later, it presents the Augmented Video 360 – an editing and visualisation tool for 360º videos with dynamic annotations in order to improve narratives -, thus making the act of telling stores through 360º videos much easier.

The goal was to bridge the existing gap between content creators and the technology required to add dynamic annotations to 360º videos, which is one of the greatest current trends of the digital journalism. This way, the Augmented Video 360 intends to allow journalists and content producers to create immersive 360º news.

The advantages of the prototype

“The information professionals will now have more control and, at the same time, more freedom to edit and to add relevant information to the 360º videos”, explains Rui Rodrigues, researcher of INESC TEC’s Centre for Information Systems and Computer Graphics (CSIG).

The editor of 360º videos allows content creators or editors to not only upload the videos, but also to complete journalistic narratives with warning calls that they consider relevant for the viewer. These annotations incorporated in the video can be dynamic, with focus points directed to the narrative, oriented 3D subtitles or other type of visual effects.

“On the one hand, we would like to give the opportunity, in an interactive way, for journalists to create annotations in a 360º video (texts, images, etc.), associated with different focus points that can be stationary (such as monuments in a square) or movable (such as two individuals moving in a room). On the other hand, we wanted the viewers to always have visible warning calls for the focus points, even if they aren’t directly in their field of vision. The contents are updated according to the orientation of the observer”, mentions the INESC TEC's researcher.

The Augmented Video 360 visualiser can be tested online at: https://av360.inesctec.pt. The editor, which is currently in beta stage, can be tested by contacting the researchers responsible for this technology through the same website. 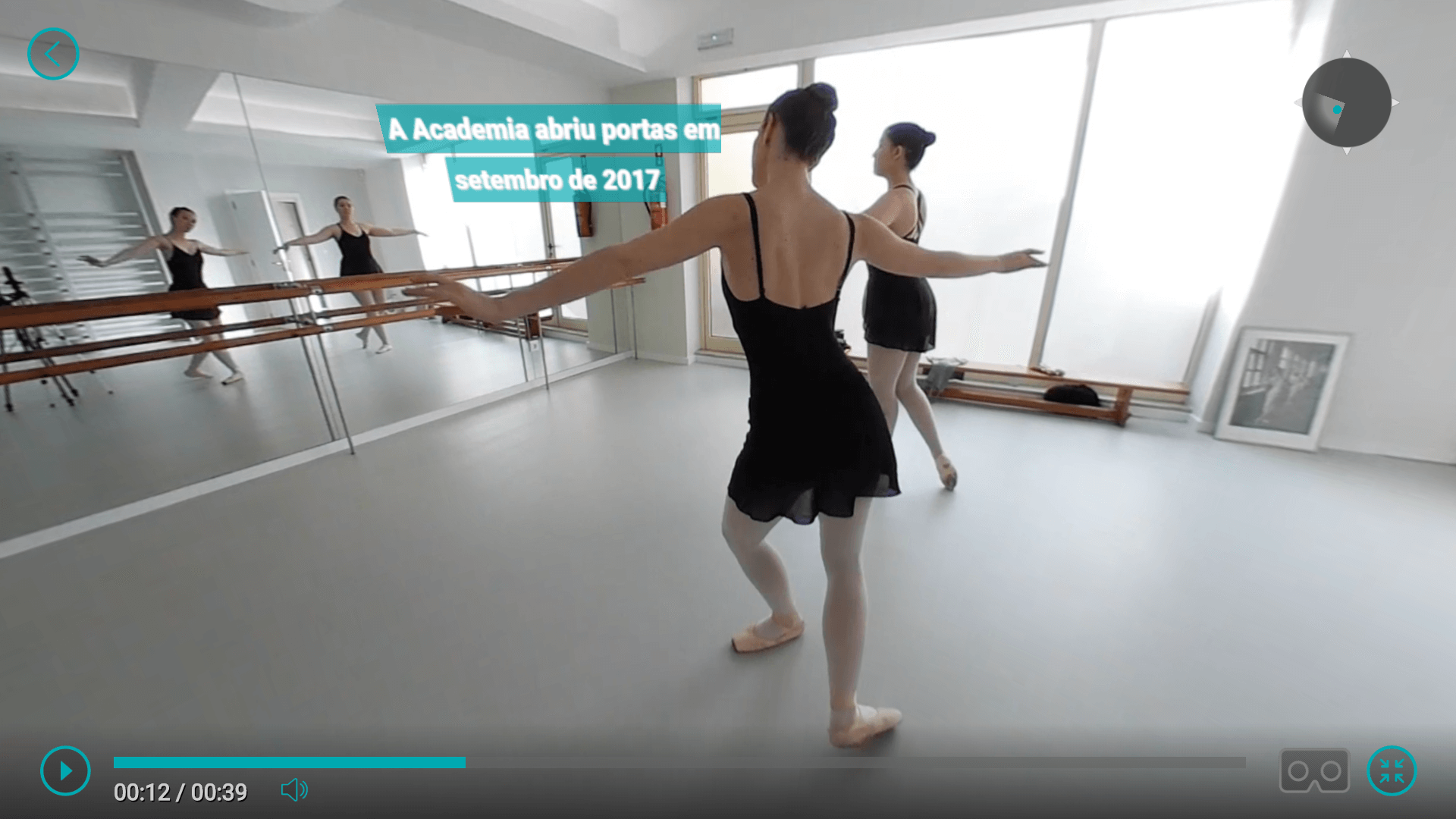 How did this project emerge?

The Augmented Video 360 is one of the six projects of digital journalism that was funded by the Google’s fund in the second round of applications, which had more than 800 applications. In order to test the technology, INESC TEC had the Público newspaper as a media partner.

In addition to the main criteria such as impact, innovation and feasibility of the project, which were established as parameters from the beginning of the Fund, projects that focused on collaboration and that have been highlighted for prioritising collaborative approaches among publishers, academics, designers and entrepreneurs in one country or in Europe have also been sought. The goal has always been the cooperation between countries, newsrooms and specialities as an authentic way of enhancing the European news ecosystem with new ideas and new technologies.


The researchers mentioned in this news piece are associated with INESC TEC and UP-FEUP.