INESC TEC develops laser technology for the identification of materials

The researchers of INESC TEC’s Centre for Applied Photonics (CAP) developed a laser technology based on artificial intelligence that allows to identify and quantify minerals in real time.

INESC TEC develops laser technology for the identification of materials

The researchers of INESC TEC’s Centre for Applied Photonics (CAP) developed a laser technology based on artificial intelligence that allows to identify and quantify minerals in real time.

The developed system, which is protected by a European patent application, is capable of self-learning, that is, by means of new data, the technology will progressively learn the new behaviour to be acquired.

How did this technology emerged?

In order to develop this technology, the researchers of CAP used a technique known as LIBS (laser-induced breakdown spectroscopy). A prototype was created in the context of the European project iVAMOS! that explores flooded mines, having the participation of researchers of INESC TEC's Centre for Robotics and Autonomous Systems (CRAS) in the development of autonomous robotic solutions.

One of the validation tests of this laser system took place under the scope of project iVAMOS!. “We were carrying out some tests in a UK mine when some of the robots developed by INESC TEC brought minerals to the surface that the geologists couldn’t identify. The laser system that we developed, successfully analysed several samples in real time, identifying the materials and quantifying the elements”, explains Pedro Jorge, a researcher of CAP.

How does the technology work?

The developed technique allows to spray the mineral sample placed on the laser, creating a plasma that, when it cools, it emits the specific energy lines of each element. It is from these data that the artificial intelligence system understands which element should be identified and its corresponding quantity.

“A single element can have hundreds of energy lines and a raw material can have thousands of them. Basically, understanding the energy lines of each element is having access to a fingerprint of the element”, explains Pedro Jorge, who is also one of the inventors of this technology, which already has a patent application submitted. 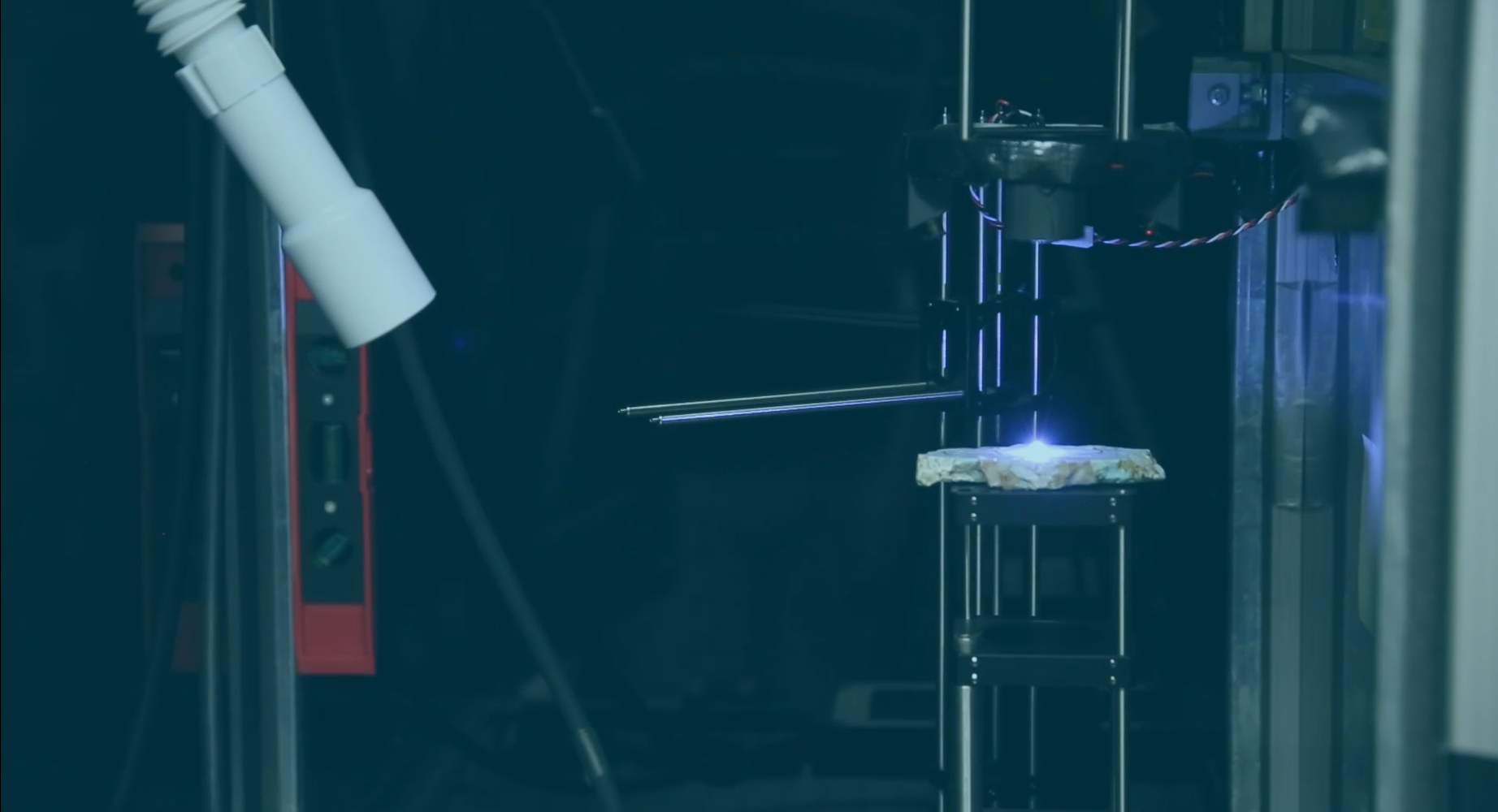 What are the advantages of SMART LIBS compared to the existing technologies?

The technology developed by INESC TEC's researchers is faster than the existing processes, which requires samples to be sent to a laboratory. Another advantage is related to the errors that portable devices present and that SMART LIBS doesn’t have, since that by using a transparent artificial intelligence method, it explains the human user what information he is using to identify and quantify the chemical compound in question.

What are the applications of the developed technology?

The technology can be used in applications in several sectors of activity from environment to agriculture, health, cultural heritage, among others.

Besides the application to different sectors of activity, this solution will allow to take advantage of materials in the specific context of mining, in order to save resources and to reduce environmental impact. This group of researchers saw two projects being recently approved, funded by the Foundation for Science and Technology, which will allow them to study technology in contexts such as lithium mining, soil contamination and precision agriculture.

Now, the goal is to transfer this technology to the industry by integrating this transparent artificial intelligence software into smaller and portable devices.

“Companies with this kind of semi-portable systems already exist. The problem is that they don't have the algorithmic capability to identify and quantify certain elements in real time and with acceptable errors. We were able to immediately identify the lithium content, among other elements, through our prototype”, concludes Rui Martins, also a researcher of CAP and coinventor of the submitted patent.

The team that is responsible for the development of this technology is composed of Pedro Jorge, Rui Martins, Diana Guimarães and Miguel Ferreira from CAP. Eduardo Silva, José Miguel Almeida and Alfredo Manuel Martins from CRAS are also coinventors.