During the month of July, INESC TEC's Centre for Telecommunications and Multimedia (CTM) promoted another edition of the Summer Internship’s initiative, welcoming a group of students from the Faculty of Engineering (FEUP) and Faculty of Sciences (FCUP) of the University of Porto and also from the School of Engineering of Polytechnic Institute of Porto (ISEP).

During the month of July, INESC TEC's Centre for Telecommunications and Multimedia (CTM) promoted another edition of the Summer Internship’s initiative, welcoming a group of students from the Faculty of Engineering (FEUP) and Faculty of Sciences (FCUP) of the University of Porto and also from the School of Engineering of Polytechnic Institute of Porto (ISEP).

The goal of this initiative is to promote scientific research in the telecommunications and multimedia areas, to give the students the opportunity of conducting a short-term R&D project framed around a research team of CTM, and to promote INESC TEC as a host institution for the writing of Master's and PhD’s theses.

21-year-old Tiago Ribeiro, student of the Integrated Master in Informatics and Computing Engineering at FEUP, applied for the internship because he found “the idea of working on a research project very interesting, seeing what it was like and what kind of challenges it had”, especially in a work related to artificial intelligence. In this internship, he learned “some new things that I wouldn’t imagine to be doing at this point. It was a very constructive and enriching experience”.

25-year-old Manuel Curral, also a Mater’s student at FEUP argued that this “was a unique opportunity”. The deep learning theme for facial recognition is a recent area and here we have the opportunity to be supported by people that are more familiar with this area, which doesn’t happen anywhere else. We are seeing new things that we probably don’t see in the labour market”.

At the age of 23, Carolina Afonso who attends the Integrated Master in Network and Information Systems Engineering at FCUP decided to do the internship because “it was an asset to my academic career”, which complements the work already developed on the occasion of her participation in the Erasmus programme in the biometric recognition area. “It went really well and we managed to achieve all the goals that were proposed to us. 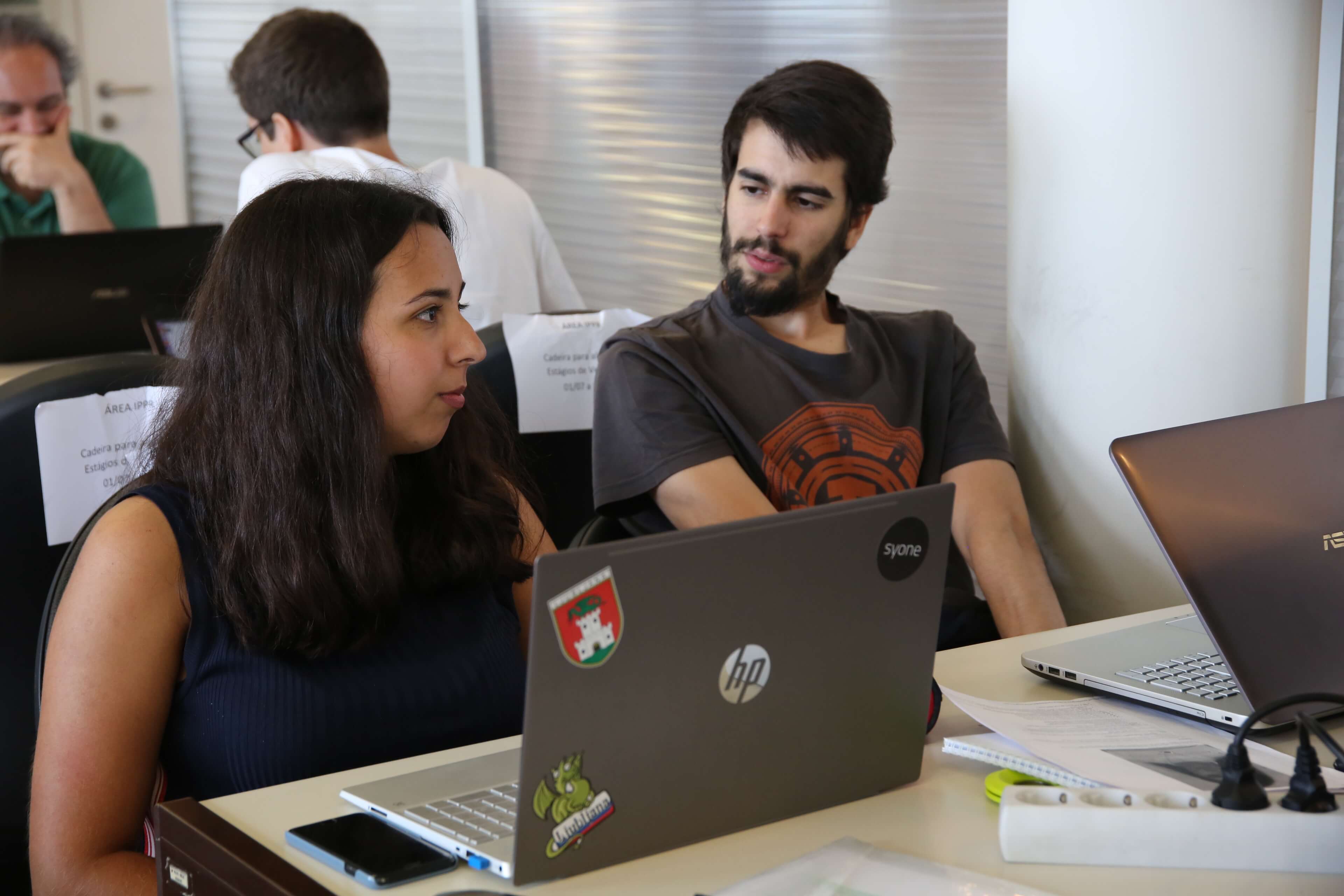 The programme is already in its third edition

More than 70 young people applied for 36 vacancies, with the opportunity of choosing their preferences from 19 internship proposals submitted. The selected students were organised in working groups of two elements, and the groups were composed by students from the 1st to the 5th year of Degree/Masters of the three education institutions mentioned above.

On 1 July, the Welcoming Session took place, in which some statistical data of the application process were presented, explaining the selection process of the candidates and mentioning the internship's rules. At the end of the session, the trainees visited the sites where the internship took place, namely the Laboratory of Radio, the Laboratory of Microelectronics and CTM’s Open Space.

For a month, the students developed a small research project in a group, being supervised by CTM’s researchers that are specialists in one of the four scientific areas of the centre, and gained new scientific and engineering skills.

A closing session is scheduled for 2 August, in which all participants will present the works developed throughout the internship. In the end, a certificate of completion of the internship will be given as well as awards for the best works.

Considering the success of the initiative, CTM anticipates that next year there will be a new edition of the programme, in hopes of attracting more candidates and continuing to engage the best students in the research that is carried out at CTM.

The researchers mentioned in this news piece are associated with INESC TEC.