Cookies Policy
The website need some cookies and similar means to function. If you permit us, we will use those means to collect data on your visits for aggregated statistics to improve our service. Find out More
Accept Reject
Event

The Diversity & Inclusion Commission announces an event about Women in STEM, happening on July 6th at INESC TEC.

The Diversity & Inclusion Commission is pleased to announce to you an upcoming event about Women in STEM, happening on July 6th from 4 p.m. to 5:30 p.m. in INESC TEC’s Auditorium B.

Coordinated with the International Relations Service and the UT Austin Portugal Program, this event brings on board two keynote speakers, Ana Freitas and Melyssa Fratkin, who will share insights about women’s representation in Science in Portugal and in High Performance Computing in industry, academia and government across the state of Texas.

We, at INESC TEC, want to take this opportunity to raise awareness of the importance of promoting gender equality. If you are wondering why this is important, then please know that according to UNESCO, OECD, and the European Commission:

If you want to learn more, make sure to attend our event! To participate, please fill out this form until July 1st 5th.

4.00 p.m. – Opening Remarks | Graça Barbosa (Member of the Board of Directors of INESC TEC)

4.05 p.m. – Women in STEM in Portugal: Where we are and where we want to be | Ana Costa Freitas (President of Portuguese Association of Women in Science - AMONET)

Melyssa Fratkin is the Industrial Programs Director at the Texas Advanced Computing Center (TACC) at The University of Texas at Austin. In this role, she oversees TACC's corporate partnerships and government relations activities. Melyssa focuses on developing and managing strong collaborations between industry and academia with the Science & Technology Affiliates for Research (STAR) program. Melyssa is the founding co-chair of Texas Women in HPC, an organization aimed at supporting women and minorities in high performance computing in industry, academia and government across the state of Texas, by engaging in initiatives to raise awareness and broaden diversity in HPC. She also serves as Communications Chair of the ACM Special Interest Group on High Performance Computing (SIGHPC).  Melyssa received a BA from Rutgers University and MBA from the Robert H. Smith School of Business at the University of Maryland. 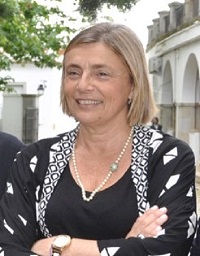 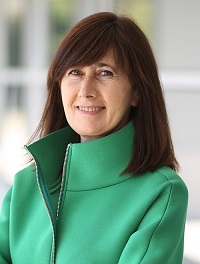 Graça Barbosa was born in Braga, where she concluded her secondary education. She graduated in Law by the School of Law of University of Coimbra, in 1986. In December 1990, she joined INESC as a legal adviser. From 1996 to 2014, she was the Head of the Department of Information and Logistics, which remained as a central support service after INESC Porto’s autonomy, in 1998. Since 2014, she is an Executive Advisor to the Board for the Management Support. She was also the head of Human Resources until the end of 2019 and Head of Legal Support Service until 2021. From 2017 to 2021, she was a member of the Committee for Conflicts of Interest Management, and from 2019-2021, a member of the Working Group for Gender Balance + Diversity & Inclusion. She was elected as a member of the Board of Directors for the mandate 2021-2023, having diversity and inclusion, and gender equality, as well as ethics, conflict of interest management, legal support, risk management and compliance as her main areas of responsibility.

If you’d like to help us close the gender gap in research, you can start by…

* According to the United Nations, gender equality "refers to the equal rights, responsibilities and opportunities of women and men and girls and boys. Equality does not mean that women and men will become the same but that women’s and men’s rights, responsibilities and opportunities will not depend on whether they are born male or female. It is the absence of discrimination based on a person's sex in opportunities, the allocation of resources and benefits, or access to services." You can learn more here.