The mobile application meuparlamento.pt, developed by INESC TEC's researchers Nuno Moniz and Arian Pasquali and by Tomás Amaro from Hostelworld was awarded first place in the Arquivo.pt prize.

The mobile application meuparlamento.pt, developed by INESC TEC's researchers Nuno Moniz and Arian Pasquali and by Tomás Amaro from Hostelworld was awarded first place in the Arquivo.pt prize.

The award was given by the Portuguese Prime Minister at “Science Summit 2019”. In addition to this distinction, in this event INESC TEC also presented a robot for picking operations in aeronautics, a ‘wearable’ device for “wrist rigidity” evaluation patients with Parkinson's disease, and participated with oral communications and e-posters.

In the opening session of Science 2019 – National Meeting with Science and Technology in Portugal, which took place between 8 and 10 July at Lisbon Congress Centre, INESC TEC was initially mentioned as an important partner in a video presented by Chris Skidmore, Minister of State for Universities Science, Research and Innovation of the United Kingdom, the guest country of this edition.

On that same morning, Nuno Moniz and Arian Pasquali, researchers of INESC TEC's Laboratory of Artificial Intelligence and Decision Support (LIAAD), and Tomás Amaro, software engineer at Hostelworld, took the stage to receive the Arquivo.pt Prize, which was given by the Prime Minister, António Costa, by the Minister for Science, Technology and Higher Education (MCTES), Manuel Heitor, and by the President of FCT, Helena Pereira.

In response to the challenge issued by Arquivo.pt to stimulate the use of the information preserved in this collection, the three competitors addressed it with the mobile application meu parlamento.pt, which simulates the plenary of the Assembly of the Republic, allowing citizens to know and vote in the legislative proposals presented in the Portuguese Parliament since 2011.

In a media era characterised by fake news and parallel facts, this idea of creating an application that brought citizens closer to the decisions that are made in the Parliament collected the preferences of the jury, being ranked first with a EUR 10 000 award. 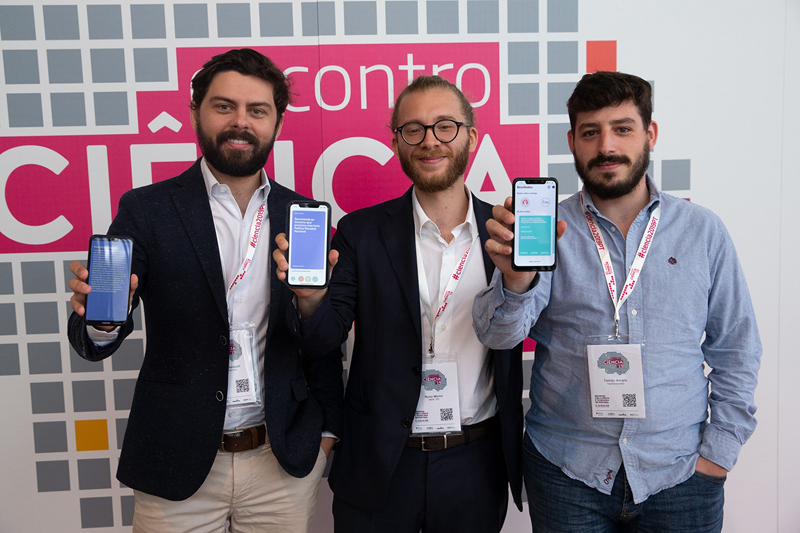 A robot for aircraft and a neurosurgeon support device

Several dozens of researchers and scientists from all over the country visited INESC TEC's exhibition space in order to attend the demonstration of the omnidirectional mobile manipulator for picking operations in aeronautics.

This robot, developed by the Centre for Robotics and Intelligent Systems (CRIIS) for the H2020 FASTEN project, which also has the participation of the Centre for Enterprise Systems Engineering (CESE), is equipped with a 3D vision arm that allows to locate and recognise objects in space, as well as their collection and manipulation. During the event, Henrique Domingos and Joana Dias from CRIIS presented the functionalities of the robot.

Another demonstration that caught the attention of visitors was the iHandU, a wearable wireless device that assesses the rigidity of the wrist in a quantitative manner and in real time during Deep Brain Stimulation (DBS) in neurosurgeries for patients with Parkinson's disease. This system includes a gyroscope sensor attached to a textile cord that is placed in the patient's hand and a smartphone that receives the sensor information via Bluetooth. During the rigidity evaluation carried out by neurosurgeons, the angular velocity obtained by the gyroscope sensor is used to determine a signal descriptor from which the rigidity enhancement value is extracted.

The iHandU device, developed by the Centre for Biomedical Engineering Research (C-BER), and at this event presented by Ana Oliveira, gave rise to the InSignals Neurotech startup, which licensed the technology to INESC TEC, and that has already been used to classify rigidity in more than 74 patients with Parkinson's disease at the São João University Hospital in Porto, and may also be useful in other neurological diseases. 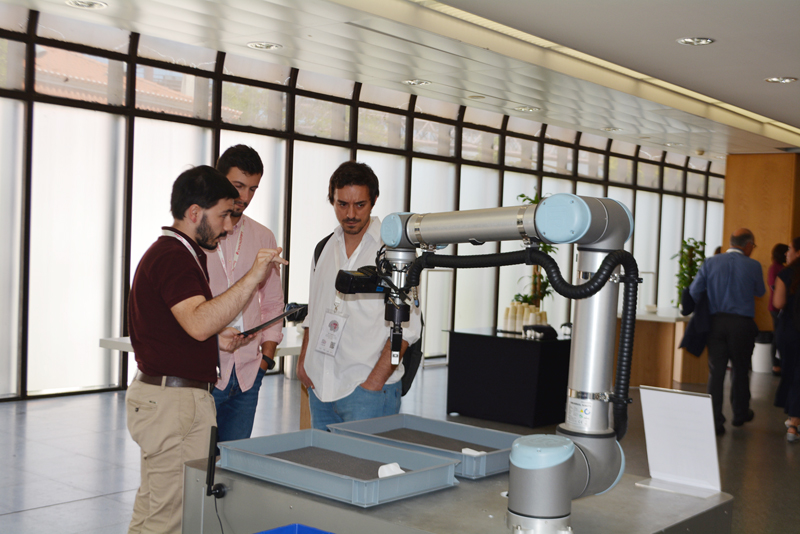 Presentation of results to the scientific community

INESC TEC's participation in the Science Summit also included the communications “Robotic technologies for a healthy ocean - from the surface to deep waters” by Aníbal Matos, Coordinator of the Centre for Robotics and Autonomous Systems (CRAS), in the thematic session “Proteger a Vida Marinha” (in English “Protect Marine Life”); “From collaborative robots to sustainable business models: addressing systems-of-systems in industry” by Gonçalo Figueira of the Centre for Industrial Engineering and Management (CEGI) in the thematic session “Indústria, Inovação e Infraestruturas” (in English “Industry, Innovation and Infrastructures”); and “Comunidades locais de energia: gestão local da flexibilidade e resiliência a eventos atmosféricos adversos” (in English “Local energy communities: local management of flexibility and resilience to adverse weather events” by Clara Gouveia of the Centre for Power and Energy Systems (CPES) in the thematic session “Energias Renováveis e Acessíveis” (in English “Renewable and Accessible Energy”).

In this event, the “Outros Retratos e Auto-retratos” (in English “Other Portraits and Self-Portraits”) exhibition was displayed, resulting from the SCREEN-DR project, a computational platform for the diabetic retinopathy screening, coordinated by C-BER. INESC TEC was also involved in the organisation of the Imperial College Workshop/Session - PORTUGAL 2030 - GO PORTUGAL on Data Science. 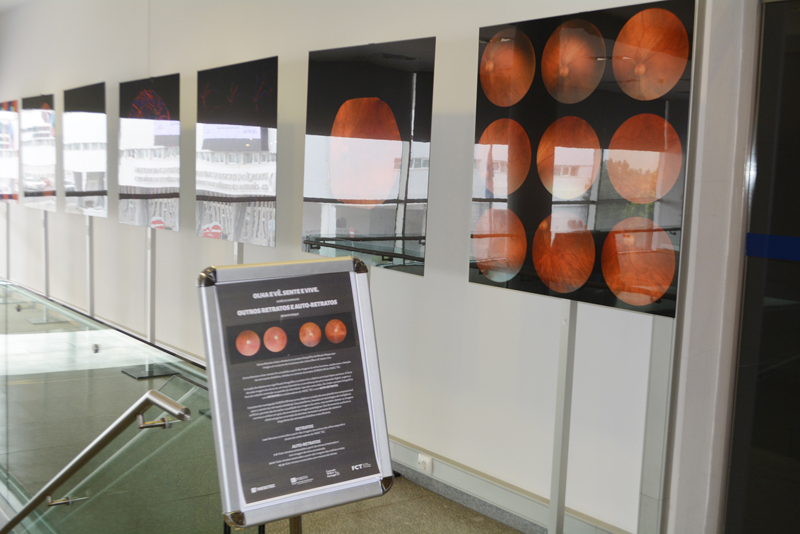 The Science Summit is promoted by FCT in collaboration with Ciência Viva and the Parliamentary Committee on Education and Science, with the institutional support of the Government, through MCTES. The event intends to bring together the scientific community, focusing on a multidisciplinary programme that addresses current scientific and societal challenges, based on the 17 Sustainable Development Goals of the United Nations for 2030.

The researchers mentioned in this news piece are associated with INESC TEC, UP-FEUP and UP-FCUP.