Women in Engineering International Leadership Summit Portugal (WIE ILS Portugal) is a conference that brings together members and boards of IEE’s Women in Engineering. It was held between 25 and 27 July at the Faculty of Engineering of the University of Porto, with INESC TEC serving as the official sponsor.

Women in Engineering International Leadership Summit Portugal (WIE ILS Portugal) is a conference that brings together members and boards of IEE’s Women in Engineering. It was held between 25 and 27 July at the Faculty of Engineering of the University of Porto, with INESC TEC serving as the official sponsor.

WIE is one of the largest international professional organisations related to IEEE, which aims to promote the integration of a larger percentage of women in scientific areas, while seeking to inspire young people throughout the world to pursue an academic career in engineering, and for this it has the support and work of volunteers from IEEE. In this regard, and in order to meet these goals, the WIE ILS conference offers regional opportunities to foster networking, mentoring and the collaboration between participants. 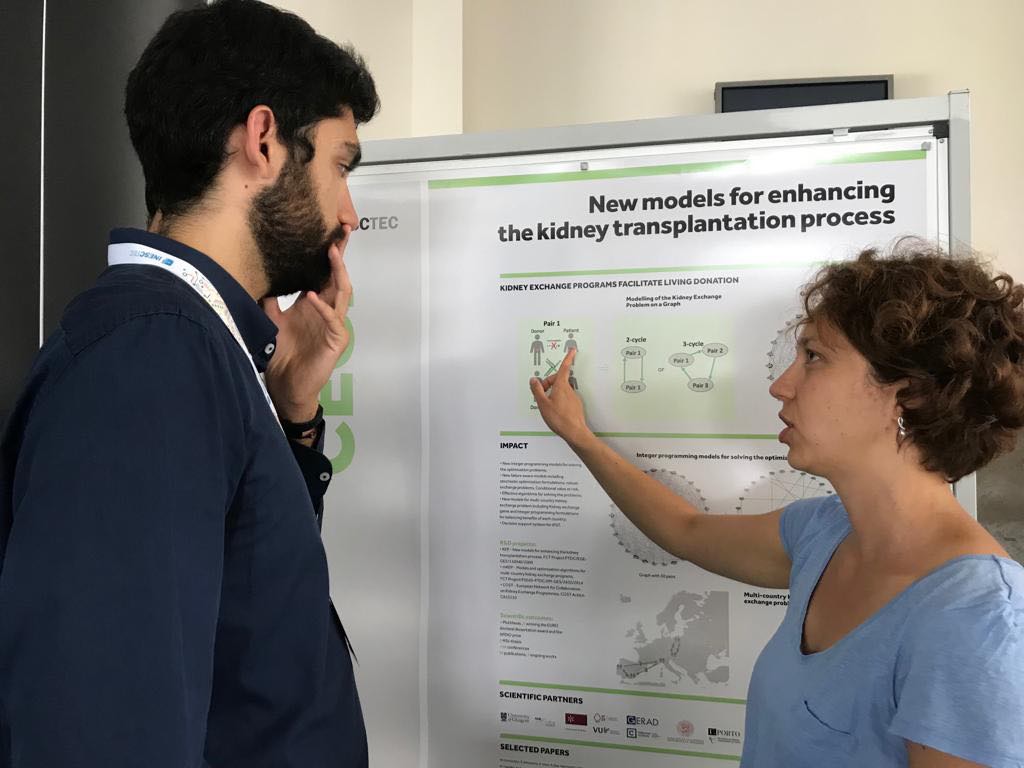 In addition of being present at the exhibition space, INESC TEC participated in the event with communications related to the Innovation area, namely through the collaborator of the Laboratory of Artificial Intelligence and Decision Support (LIAAD), Miguel Ramalho, with the presentation "Quantum Computing 101” and through the researcher of the Centre for Robotics and Autonomous Systems (CRAS), Ana Pires, with the theme "The Role of Space Training and Engineering in Polar Suborbital Science: is the Mesosphere the Limit?". INESC TEC’s stand presented to the conference participants some projects led by women or that involved women in their work. The researcher Xenia Klimentova (CEGI) presented the project “mKEP: Models and optimisation algorithms for multi-country kidney exchange programs. Besides being the speaker of the event, Ana Pires was also present in the stand, where she offered an informal talk on robotics and space training, among other topics.

With the presence of around 150 participants, WIE ILS Portugal played a social responsibility role, through which it was capable of promoting, training and raising awareness on the importance of gender equality, building bridges between the business world and the members of WIE and IEEE.