The projects’ results are in line with the “regional smart specialization strategy" defined by Norte 2020, which aims at reinforcing the "capacities of the region in scientific research, in the technological development and in innovation", explains Luís Seca, INESC TEC’s Member of the Executive Board of Directors.

Eight technologies, with applications in health, sea, industry, energy and media areas were exhibited on 28 June.

Technologies for the analysis of cells and nanometric subcellular structures, CO2 sensors, tools to assist in ocean circulation, artificial intelligence and computer vision tools for multimedia content annotations, augmented reality technologies, electric vehicle charging technologies or tools for assisting radiologists in breast reconstruction were some of the technologies that were on exhibition.

For the researchers involved, these projects were a challenge in terms of the exploration of different areas of expertise.

One example is Fashion.Finder. "In the Fashion.Finder technology, we’ve developed tools using artificial intelligence, computer vision and crowdsourcing techniques in order to identify fashion elements and accessories in audiovisual contents such as photographies and videos of photography campaigns, fashion shows, etc." , explains Paula Viana, a researcher of INESC TEC’s Centre for Telecommunications and Multimedia (CTM) who is responsible for the FourEyes line of the TEC4GROWTH project.

But Fashion.Finder is not only applied to the fashion industry. The technology can also be adaptable to areas such as photojournalism, news or events contents, allowing the identification of personalities in archive material that can be reused, thus optimising the entire process of creating new audiovisual materials in short times, as it is usually required in a journalistic environment. 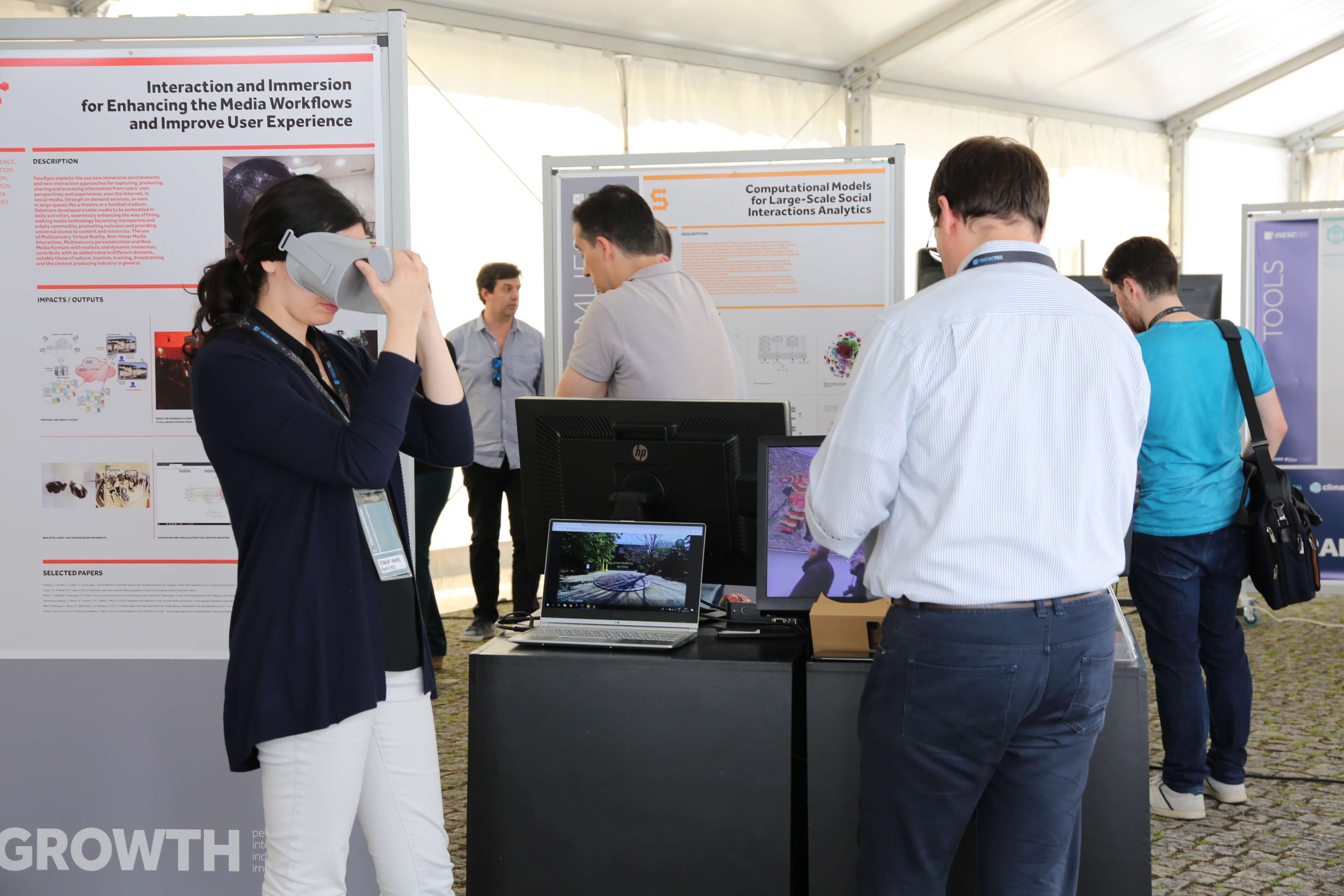 There were also several technologies presented in the health area. Developed within the framework of the NANOSTIMA project, Intelligent Lab on Fiber (iLoF) aimed at developing a method capable of turning an optical fibre into a biosensor, using signal processing and artificial intelligence techniques in order to explore key parameters from the interaction of cells and subcellular structures with a laser light and, through these patterns, to obtain diagnostic and prognostic information.

"ILoF, which already has a registered and a pending patent, can contribute in the future to the development of the Personalised Medicine concept, particularly in the cancer and neurodegenerative diseases areas, thus contributing to the achievement of specific "biological signatures” of each disease in biological fluids (for example, blood plasma) in a simple, fast, non-invasive and low-cost way. Having access to this database of "optical fingerprints" from the several biomarkers (cells, nanovesicles), several studies may end up being conducted, including predicting the prognosis of a particular disease or defining subtypes of diseases within a more general type”, mentions João Paulo Cunha, Coordinator of INESC TEC’s Centre for Biomedical Engineering Research.

Also in the health area, one of the technologies that was exhibited was developed in collaboration with the Champalimaud Foundation. It already has a patent application submitted, aiming at assisting radiologists in the detection and characterisation of inferior epigastric perforating vessels that are relevant in the planning of breast reconstruction surgeries.

Ricardo Araújo, a researcher of CTM, explains that "the results achieved show that it is possible to automate a large part of a very lengthy process for the radiology team, without compromising the precision of the reports produced. In addition, the use of these algorithms allows to obtain more objective results, thus culminating in a more reproducible process of characterisation of the vascular networks. We believe that this will free up a significant portion of the time that is spent by radiologists to do other tasks that need to be performed, and will reduce the number of times that characterisation is inaccurate (due to subjectivity, for example) and will lead to the need to reformulate the plan for tissue removal during surgery”.

Before going to the technological exhibition in order to see and to test the technologies available, João Claro, INESC TEC's Chief Executive Officer, Fernando Freire de Sousa, President of CCDR-Norte, João Falcão e Cunha, Dean of the Faculty of Engineering of University of Porto (FEUP), and Pedro Rodrigues, Vice-Rector of the University of Porto (U.Porto) were responsible for formally closing the session of the integrated projects. 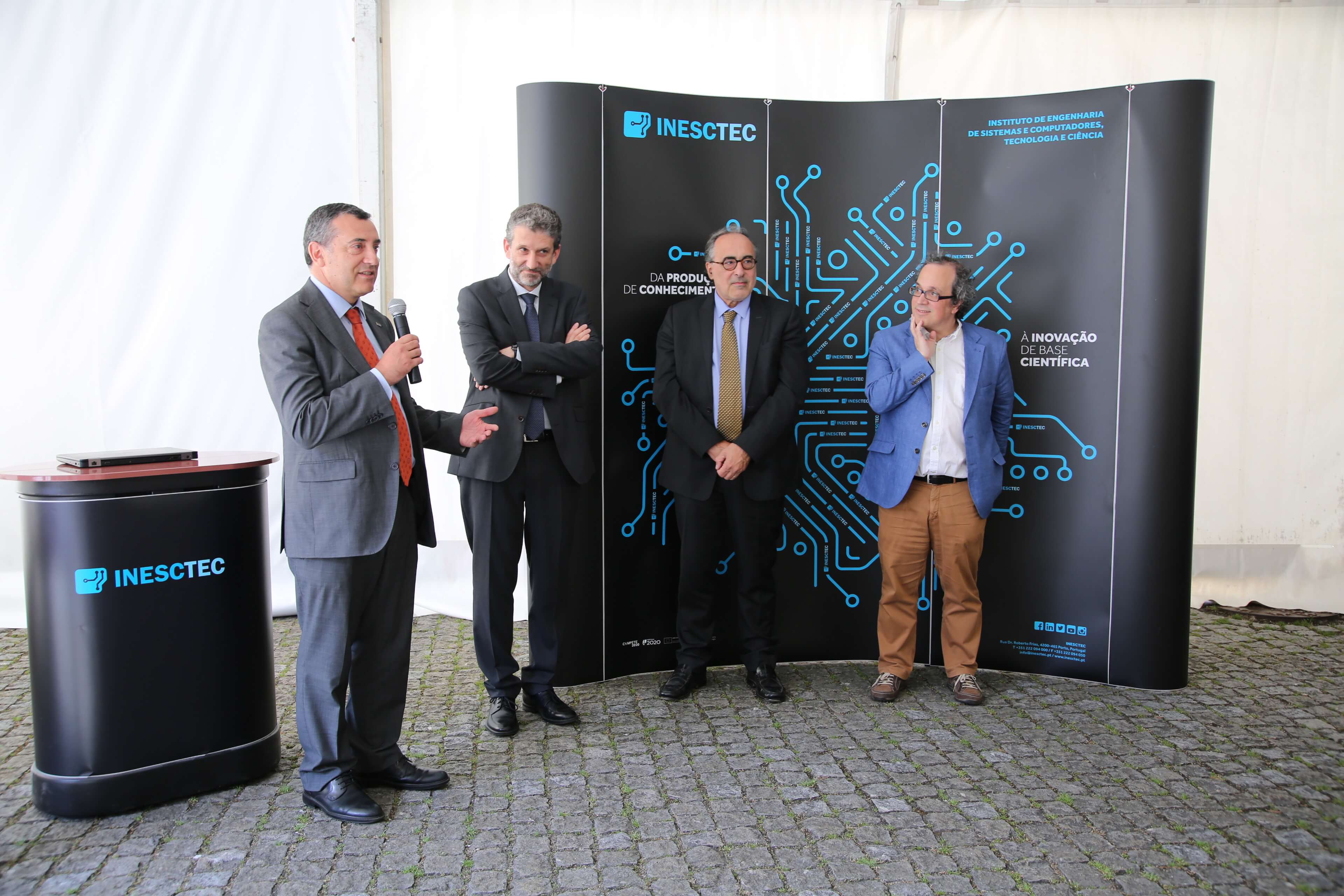 The researchers mentioned in this news piece are associated with INESC TEC, UP-FEUP and IPP-ISEP.