INESC TEC participates in the “City of Agriculture”

More than 400 exhibitors participated in Agroglobal, a fair dedicated to the agricultural and forestry sectors; this year's edition took place in Valada do Ribatejo, on September 7, 8 and 9. During the event, already acknowledged as a true “city of agriculture”, INESC TEC presented several technologies and projects that represent the institution's activity in agri-food and forestry.

INESC TEC participates in the “City of Agriculture”

More than 400 exhibitors participated in Agroglobal, a fair dedicated to the agricultural and forestry sectors; this year's edition took place in Valada do Ribatejo, on September 7, 8 and 9. During the event, already acknowledged as a true “city of agriculture”, INESC TEC presented several technologies and projects that represent the institution's activity in agri-food and forestry. 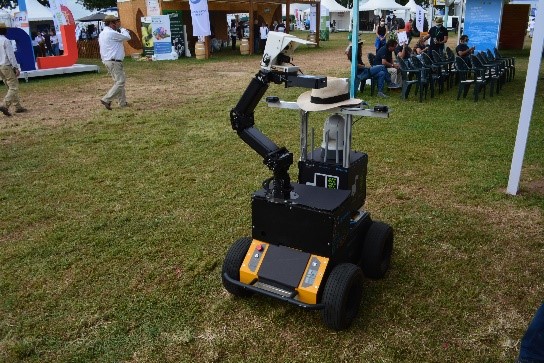 After a 3-year hiatus (the fair takes place every two years, and the 2020 edition was held online), the organising committee opted for a live event, stating the need for a "physical gathering of the agricultural sector" - and the largest specialised fair in the Iberian Peninsula. 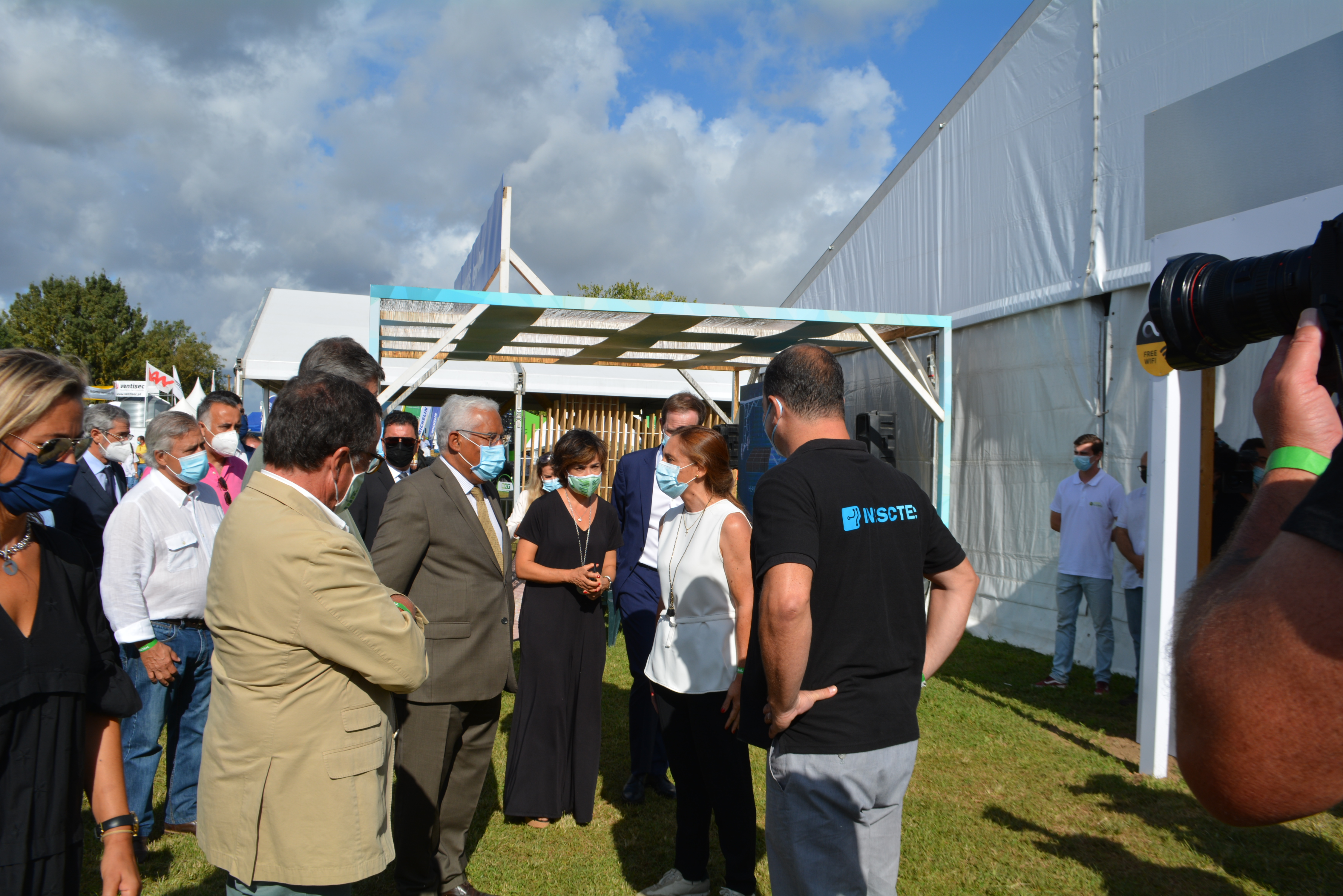 The Prime Minister António Costa, accompanied by Maria do Céu Antunes, Minister of Agriculture, were some of the key guests at the event; they visited INESC TEC's stand and were introduced to some of the technologies developed at the institute - namely a robot designed to monitor and collect metabolic data from vineyards.

The INESC TEC brand in the field of Innovation

Agroglobal featured a space dedicated to innovation, called Agro-Inov, where companies and research entities had the opportunity to share their knowledge, expertise, and advancements in many areas. INESC TEC presented the work carried out within the scope of TEC4AGRO-FOOD, the institution's Agro-Food and Forestry initiative. 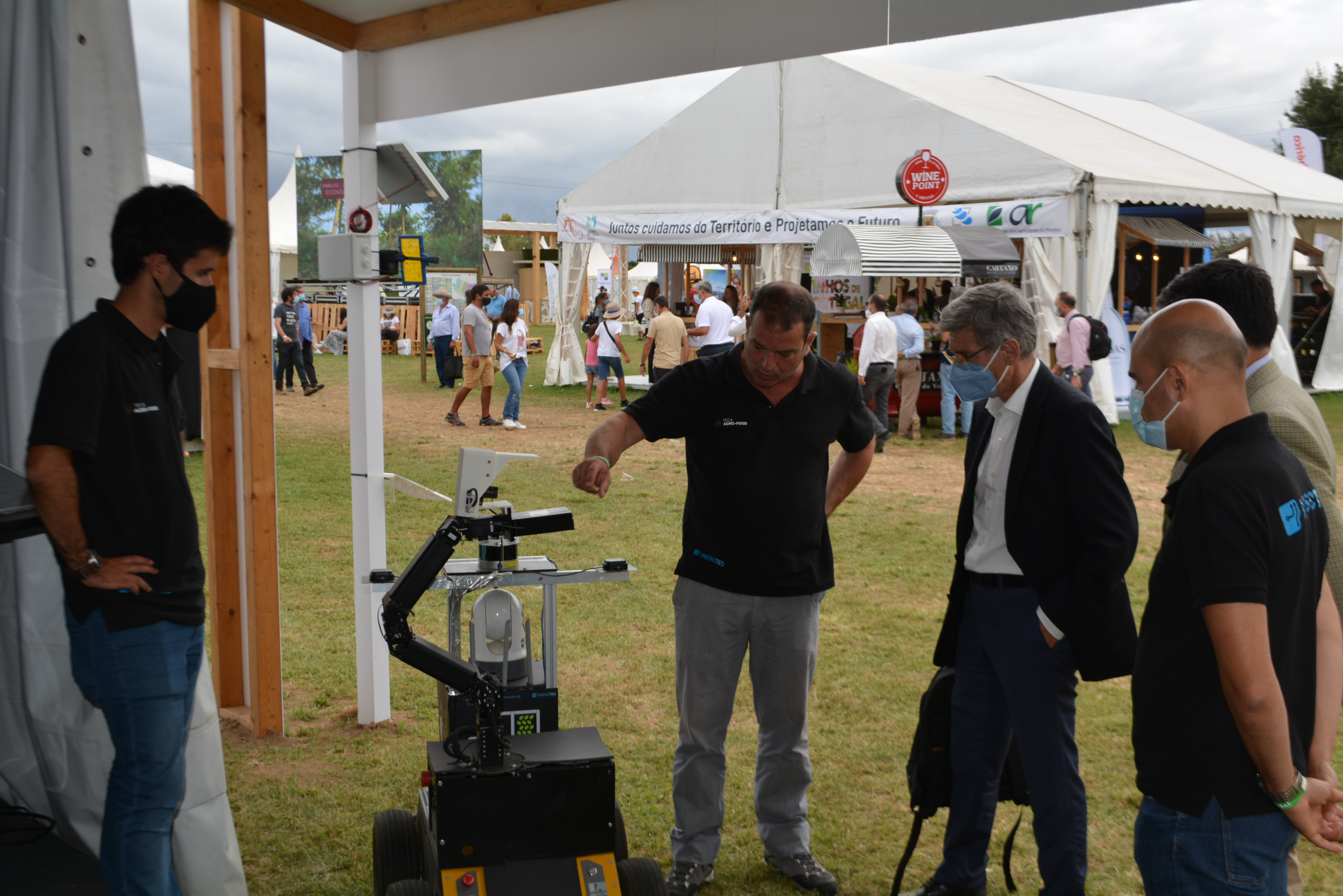 More specifically, the AgRob V16 - a robot for monitoring and collecting metabolic data from vineyards - and the ROCHA, designed to perform smart precision spraying tasks in vineyards, displayed at the Rocha Pulverizadores stand, one of INESC TEC's partners. INESC TEC also presented the macronutrient sensor designed within the Smart Fertilizers project – developed to be integrated it into a cistern for soil fertilisation with slurry, designed by Herculano -, and the AgIoT application, resorting to an IoT connection for the remote monitoring and automation of agricultural machinery (developed within the scope of the Smart Trap project).

CRIIS was represented by the following projects, among others:

CSIG presented the INFRAVINI and FDCONTROLO projects. INFRAVINI is developing a spatial data infrastructure for managing climate change in vineyards. Adapting to climate change has been one of the biggest challenges for the wine sector, assuming not only a temporal dimension, but also a spatial one. FDCONTROLO is the project in which INESC TEC is developing the Smart Trap.

The CESE presented some of the results already obtained in the forSCOPE (support the planning of operations for the collection and transport of woody materials) - and rePLANT (Mobilising Programme that is working on the implementation of collaborative strategies for the integrated forest and rural fire management until 2023). 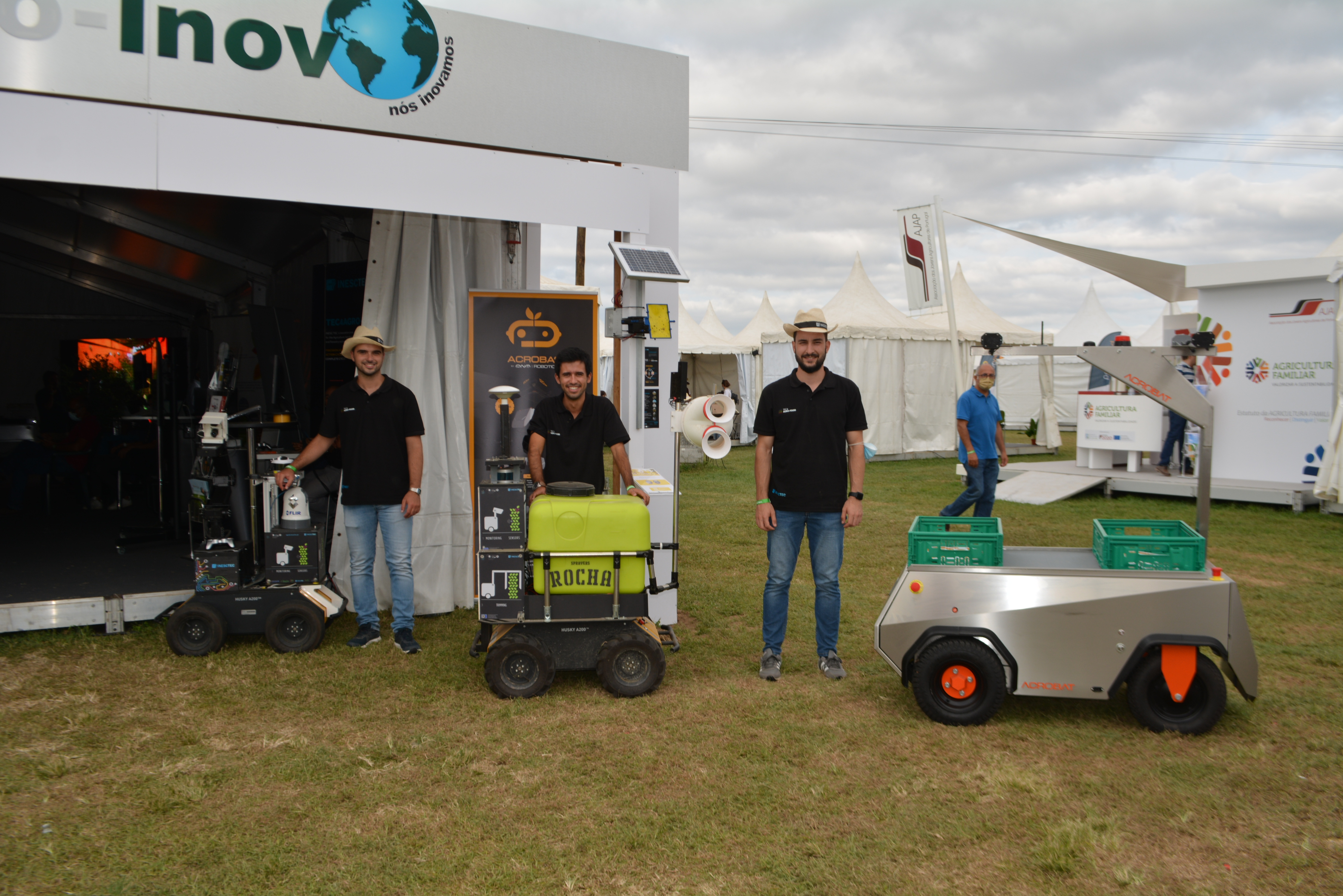 In addition to the exhibition space, Agroglobal also featured two auditoriums that hosted relevant debates to the sector, namely Energy and Water Systems, Forests, Innovation and Mechanisation, Consumption and Sustainability, Raw Materials, Circular Economy, among others. It is important to highlight the presence of José Manuel Mendonça as a speaker at the Conference “Innovation and Mechanisation Towards the Future”, promoted by InovTechAgro - National Competence Centre for Technological Innovation in the Agroforestry Sector, an entity managed by INESC TEC.

The INESC TEC researchers mentioned in this news piece are associated with INESC TEC.